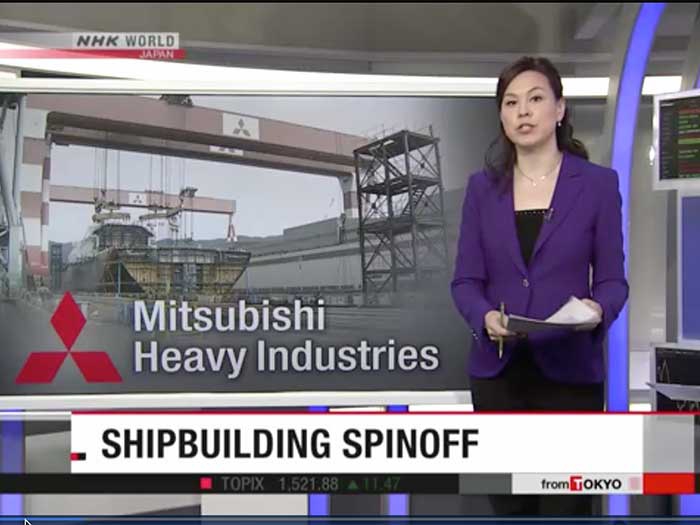 FEBRUARY 3, 2017 — Japanese broadcaster NHK reports Mitsubishi Heavy Industries (MHI) as saying that it is studying the option of spinning off its troubled shipbuilding operation into a separate company.

MHI has cumulative losses of more than 250 billion yen, or about $2.2 billion dollars, from the construction of large passenger vessels at its shipyard in Nagasaki Prefecture. It decided last year to stop making such ships there.

MHI executives plan to decide by July whether to go ahead with the spinoff. They say they hope to cut costs through such means as buying parts jointly with Imabari Shipbuilding, Oshima Shipbuilding, and Namura Shipbuilding.

NHK says MHI is in talks with the three companies on a potential partnership with its shipbuilding arm.