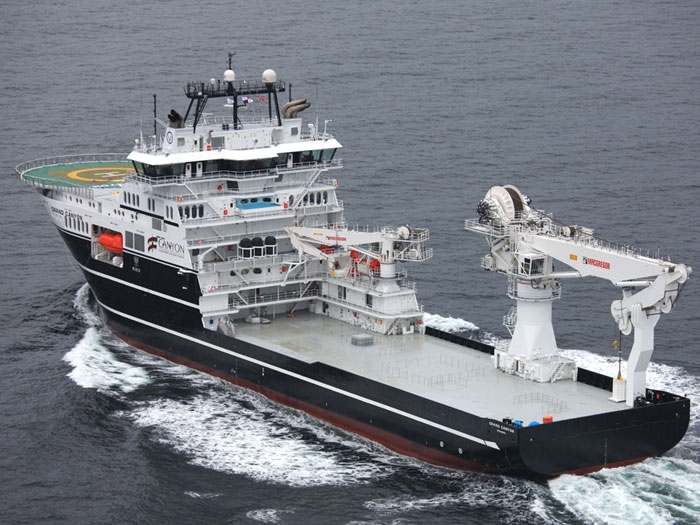 Vessels will be sister ships to Grand Canyon

MARCH 7, 2014 — Norway’s Bergen Group is selling the shipbuilding contracts for two ST 259 CD design offshore construction vessels to Kleven Verft. The contracts were signed between Bergen Group Fosen and Volstad Maritime AS in first half of 2012 and the vessels will be sisters to the Grand Canyon delivered by Bergen Group to Volstad in 2012. The hulls are currently under construction at Daewoo’s Mangalia, Romania, shipyard and are scheduled to arrive in Norway in the second and fourth quarters of this year.

Bergen says Volstad Maritime has taken part in the negotiations and is “very satisfied with the outcome.”

Bergen says the sale accelerates the “process of reducing the Group’s future involvement in the shipbuilding business in favor of a more dedicated focus on offshore related activities,” but has no implications for the establishment of NorYards AS, which is set to take over the Group’s shipbuilding activities in the first quarter of 2014 and is  51% percent owned by Calexco — a company with the same ownership as Ukraine’s JSC Zaliv Shipyard, which is ultimately part of the empire of Kostyantin Zhevago, whose other interests include iron ore mining group, Ferrexpo

Kleven says it has signed a contract with Ålesund based Volstad Maritime that will see it deliver the two OCVs from its Myklebust shipyard in December 2014 and second quarter 2015.

The 127 m long vessels will each have accommodations for 104 persons.