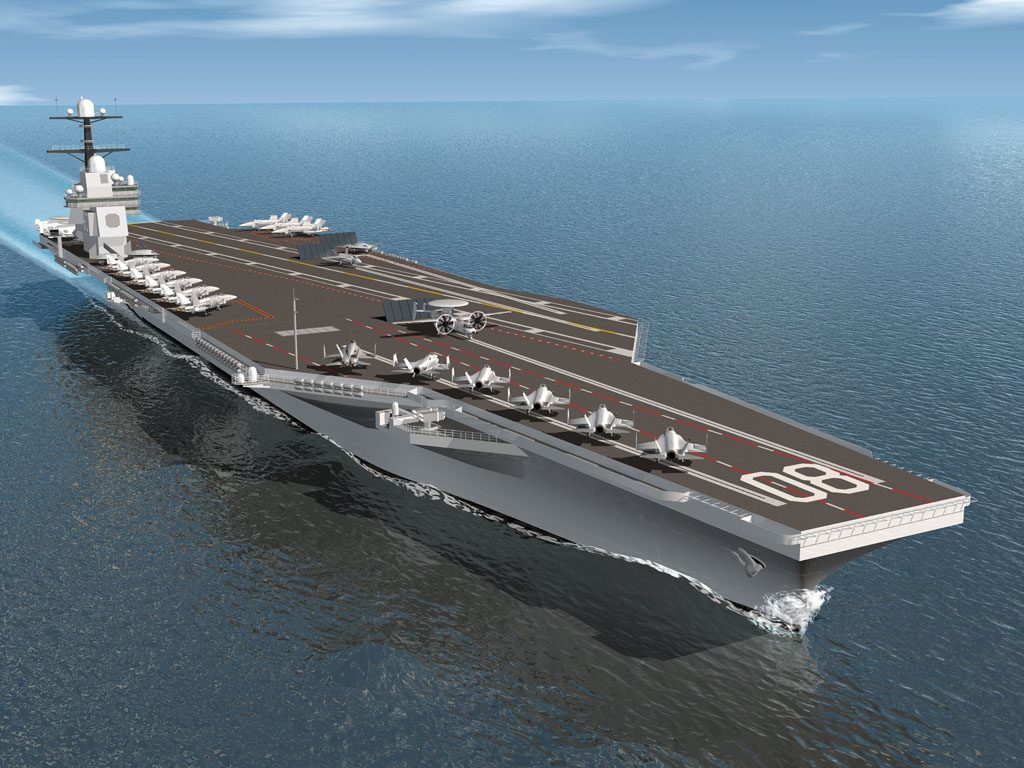 FEBRUARY 1, 2017 — Huntington Ingalls Industries (NYSE:HII) reports that it has been awarded a $25.5 million modification to an existing advance planning contract in support of advance fabrication of the aircraft carrier Enterprise (CVN 80). The initial structural fabrication and shop work on the third Gerald R. Ford-class carrier will be performed at the company’s Newport News Shipbuilding division through March 2018.

“This award authorizes us to begin fabrication of structural components, sub-components, sub-units and pre-assemblies in our manufacturing shops to support the 2018 construction of Enterprise,” said Mike Shawcross, Newport News’ vice president, CVN 79 and CVN 80 construction. “This is an important step in getting this next Ford-class ship off to a great start, as it allows us to continue implementation of lessons learned, and the initial steel work will allow us to utilize our aircraft carrier steel production line in an efficient manner.”

Huntington Ingalls says its shipbuilders have captured thousands of lessons learned and developed new build approaches during construction of Gerald R. Ford (CVN 78), most of which are being implemented as cost-saving initiatives in building the second ship in the class, John F. Kennedy (CVN 79). These initiatives will also apply to Enterprise, and the company will work with the Navy to identify additional cost-saving initiatives for future Ford-class carrier construction.