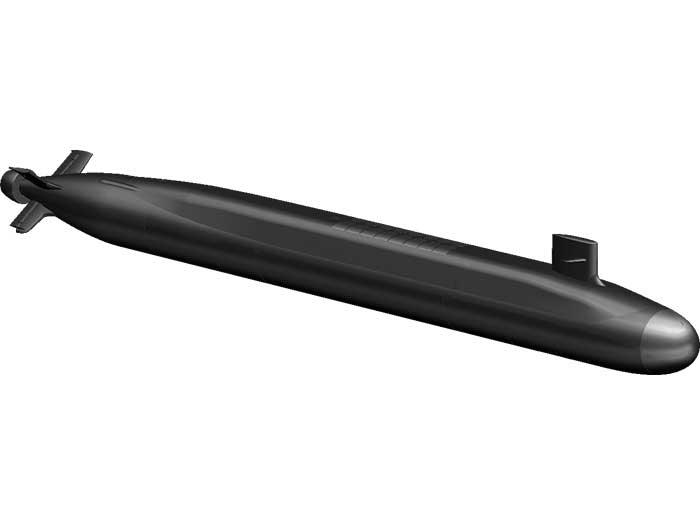 This artist's concept drawing was issued in 2012

The modification is for the procurement of 22 missile tubes to support the manufacturing of the Common Missile Compartment. Electric Boat is a wholly owned subsidiary of General Dynamics (NYSE: GD).

Initially awarded in December 2012, the five-year, $1.85 billion contract calls for Electric Boat to perform research and development work for the Navy’s next-generation ballistic-missile submarine, which is scheduled to begin construction in 2021.

The potential value of the overall contract is $2.5 billion.