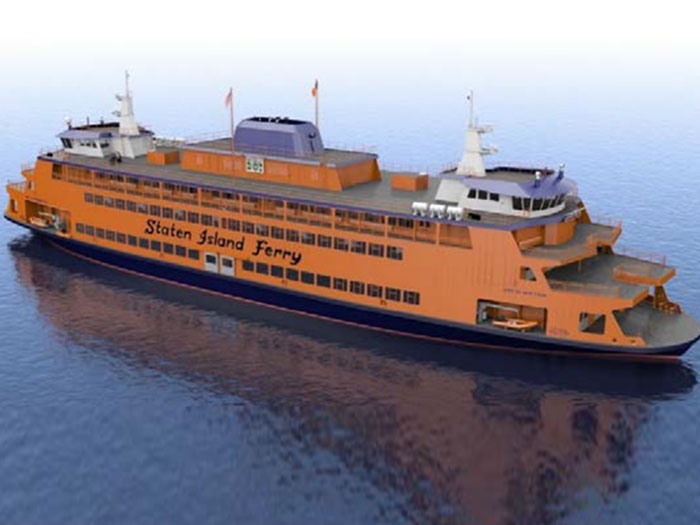 The ceremony marked the start of construction of the first of three new 320 ft Ollis Class ferries and took place in Eastern’s steel processing and prefabrication building at its Allanton facility in Panama City. This indoor facility supports both of Eastern’s new construction shipyards with state of the art numerically controlled equipment, and a highly skilled workforce.

Project engineering staff from the firms of Elliott Bay Design Group, which undertook preliminary design of the ferry, and Glosten Associates were also in attendance at the steel cutting.

Eastern has selected Guido Perla & Associates to produce the detailed design work while Eastern’s Vice President of Engineering Fernando Malabet and Naval Architect Kim Brooks are overseeing the design and engineering efforts for the project.