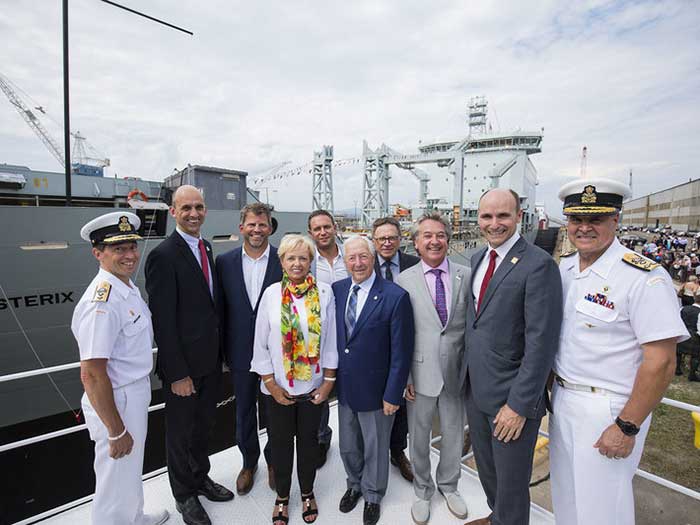 Davie says the ship will enter into service with the Royal Canadian Navy by the end of this year as initially planned.

The Resolve-Class naval support ship will be the largest naval platform in service with the Royal Canadian Navy for the foreseeable future and will provide a wide range of functions from at-sea replenishment of fuels and cargo to aviation support, fleet medical support and humanitarian and disaster relief.

The ship has been created in a program involving three levels of innovation for Canada allowing, says Davie, “the delivery of a most needed ship in a timely manner and with the best value for Canadian taxpayers.” First, instead of building a ship from new, a modern containership has been converted by the shipyard into a state-of-the-art naval support ship. Second, the ship has been privately financed by Davie and will be leased to Canada – that means a fixed, transparent cost to the Canadian taxpayer. Third, Federal Fleet Services, Davie sister company, will operate the ship with a mixed crew of merchant seafarers and Royal Canadian Navy personnel.

Yesterday’s unveiling of the ship included an employee appreciation for the Chantier Davie Canada Team as well as a Family Day, a blessing for the ship by the Huron-Wendat Nation and VIP tours onboard.

The traditional breaking of the sacrificial champagne bottle on the bow by the sponsor of the ship in order to bless the ship and her crew was performed by Mrs. Pauline Théberge, spouse of J. Michel Doyon, the Lieutenant Governor of Quebec.