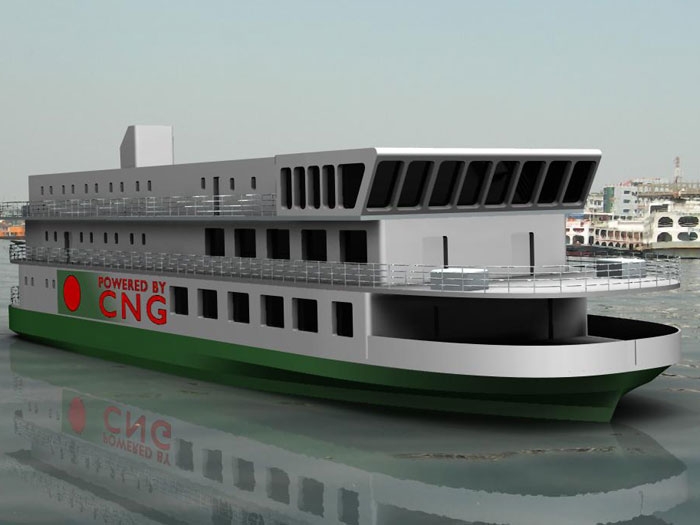 DECEMBER 23, 2013 — The World Ferry Safety Association has announced the details of its 2014 international student design competition for a safe, affordable ferry.

The goal is to elicit new approaches for ferry design in the developing world and to encourage designers to enter this arena, where there is both a need and an emerging market.

Last year $10,000 in prizes was awarded, with the top prizes of $5,000 and $3,000 awarded at the Society of Naval Architects and Marine Engineers Annual Meeting to the student teams from the University of British Columbia, Canada and the Tolani Maritime Institute in Pune, India respectively.

The WFSA top prize of $5,000 went to the British Columbia team for a monohull vessel that had exceptional stability characteristics. The entry was very complete in terms of design features and cost and fuel analysis. Features included CNG fueled engines, modular cabins, and handicapped access.

For 2014, the specifications of the competition are for a ferry that can carry up to 200 passengers as well as freight (carried in light trucks) on an open water route for the Pacific Island nation of Papua New Guinea. The route goes between Lae and Kavieng via Kimbe and Rabaul. Ideally the design would have applicability to other Pacific Island nations such as Kiribati, Vanuatu, and the Solomon Islands.

For the Pacific Island nations, the need for safe ferry transport is critical to the economic vitality of the area; most residents are absolutely reliant on waterborne transportation. In the past four years there have been three major ferry disasters in the region. The financial challenges for the low GDP Pacific Island nations include sparse budget for government procurement as well as for operational support. Physical challenges include strong trade winds and high sea states.

Those students interested in competing should notify the Executive Director of the Worldwide Ferry Safety Association by email at [email protected] between January 1 and April 1, 2014 with their names, academic institution and contact information as well as name and contact information of faculty advisor. Student teams will then receive a registration number and the Terms of Reference for the competition.

The Worldwide Ferry Safety Association is a 501 (c) 3 non-profit organization dedicated to improving ferry safety in developing nations by improving vessel design and crew training. The WFSA was formed to supplement the Ferry Safety Project led by Interferry and the International Maritime Organization.