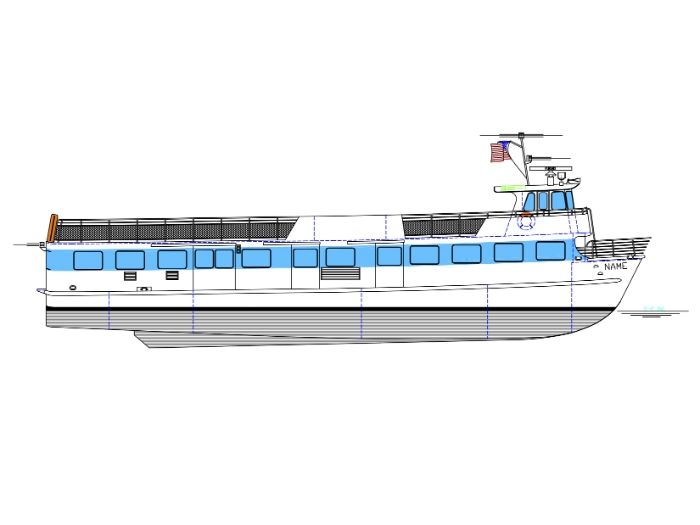 FEBRUARY 15, 2018 — Shipbuilder Blount Boats, Warren, RI, reports that it has signed a contract with Fire Island Ferries to construct an 85-foot aluminum ferry boat for service between Bay Shore and Fire Island on Great South Bay. This vessel is a sister ship to the M/V Fire Islander (Hull 368) built by Blount Boats in 2013.

The triple-screw vessel will be built and certified under U.S. Coast Guard, Subchapter K Rules and Regulations. It will be powered by John Deere Model 6135SFM85 diesel engines, 650 hp each at 2,100 rev/min with 2:1 ZF 550 reduction gears. This vessel marks the 10th boat designed and built by the Blount shipyard for Fire Island Ferries since 1972, a milestone for the two companies. Delivery for Hull 370 is scheduled for May 2019.

Fire Island Ferries has been in operation since 1948 and supplies fast marine transportation services from Bay Shore, Long Island to Fire Island.