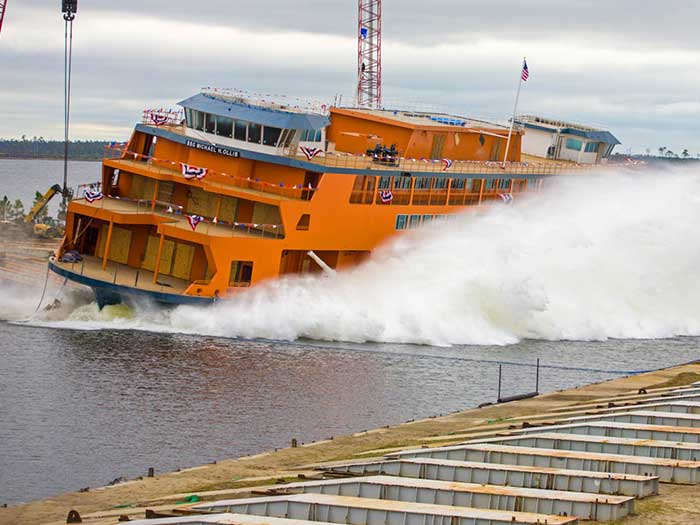 The ferry is named for Staten Island native Army Staff Sgt. Michael H. Ollis, who was killed in Afghanistan on August 28, 2013, when he stepped into the path of a Polish officer, blocking him from the suicide vest of an insurgent who had raided Forward Operating Base Ghazni. Ollis was 24 years old.

The three Ollis Class double-ended 4,500 passenger ferries, are being built to an Elliot Bay Design Group design. Glosten Associates, Inc. is serving as the onsite owner’s representative for the duration of the project.