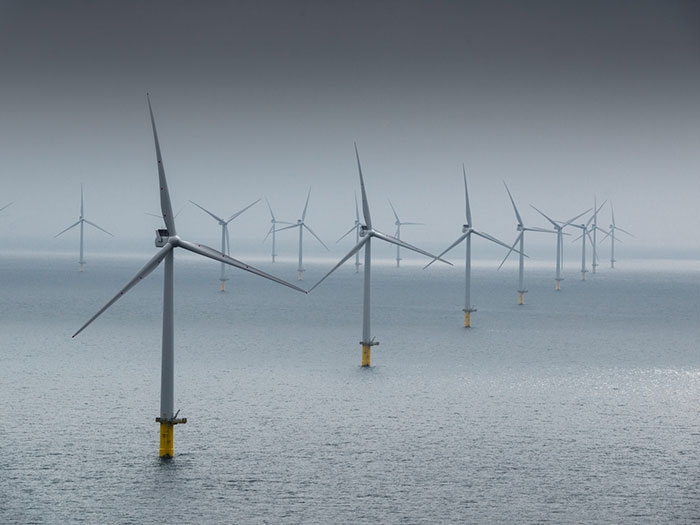 The lease for OCS-0499 was originally awarded to U.S. Wind, a subsidiary of Italy’s Toto Holding SpA, for a bid just over $1 million in 2015. According to Bloomberg, the lease has now been acquired by Électricité de France for $250 million. That figure is even higher than any of the bids submitted in this month’s record Massachusetts offshore wind sale.

Atlantic Shores Offshore Wind is also Shell’s second joint venture in the U.S. offshore wind sector. It is a 50/50 partner with Energias de Portugal in Mayflower Wind Energy which submitted a $135 million high bid for lease area OCS-A 0521 in the Massachusetts sale.

According to EDF Renewables, the New Jersey lease area holds the potential to produce approximately 2,500 megawatts (MW) of offshore wind energy – enough to power close to one million homes.

“Shell has bold ambitions to grow our renewable power business and we see great potential in U.S. offshore wind,” said Dorine Bosman, VP Shell Wind Development. “Gaining access to this acreage in New Jersey complements our successful entry to Massachusetts and our existing renewable generation business. Building on the strength of our brand and global presence allows us to continue providing our customers with more and cleaner energy.”

“The opportunity supports the EDF Group’s aim to double global renewable capacity to 50 gigawatts by 2030. It solidifies EDF Renewables’ ambitions to leverage its depth of experience in the European offshore wind market in the emerging U.S. market,” said Tristan Grimbert, President & CEO of EDF Renewables North America. “As the costs of offshore wind are declining, the U.S. offshore wind industry is quickly advancing with strong Federal and State support. The industry is well-positioned to meaningfully contribute to the New York and New Jersey economies through employment and supply chain opportunities.”

EDF Renewables already has 2,800 MW of offshore wind in development or operation in Europe (Belgium, France, Germany and United Kingdom), placing the company in what it calls “a position to efficiently transform the U.S. offshore wind sector, beginning in New Jersey.”

EDF Renewables had also planned to develop the much smaller 25 MW Nautilus Offshore Wind demonstration project off Atlantic City in partnership with Fishermens’ Energy. That project, though, got a thumbs down earlier this month from the New Jersey Board of Public Utilities, which said it “did not demonstrate the economic and environmental benefits required under the Offshore Wind Economic Development Act (OWEDA) for the state to commit ratepayer funds.”

However, at that same meeting, the board unanimously voted to adopt a proposed rule establishing the funding mechanism for the state’s offshore wind program, known as the Offshore Wind Renewable Energy Certificate (OREC). [MORE]

Shell first entered the onshore wind business in the U.S. in 2001. Shell has operated offshore assets for decades, has a strong supply-chain network and is one of the largest power wholesalers in North America. These strengths allow Shell to continue to grow its position in renewable power to support the company’s renewable power goals. Today Shell has interests in five operational onshore wind power projects in North America and one operational offshore wind farm in Europe. Shell is also part of a consortium that will build and operate the Borssele 3&4 wind farms in Europe.

Atlantic Shores Offshore Wind, LLC will begin working to complete a site assessment plan and initiate formal development efforts on the site, and subject to a positive final investment decision, could bring the wind farm into operation by the mid-2020s.