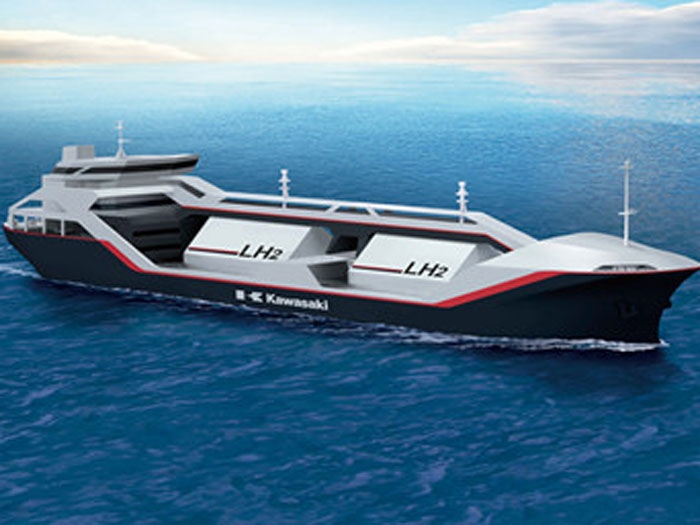 Kawasaki has already been in cooperation on hydrogen with Japanese electric power wholesalers Iwatani and J-Power. What Shell brings to the party is its energy transportation know-how.

The partners plan to produce hydrogen from low-quality brown coal, abundant in Australia at low cost, and then ship liquefied hydrogen in special vessels.

Nikkei reports that plans are to launch a pilot operation in 2020, targeting annual hydrogen imports of 660,000 tons in 2030 — equivalent to 1.5% of Japan’s power output.

Kawasaki says that, more than thirty years after construction of Japan’s first LNG carrier, it is now moving forward on the development of small liquefied hydrogen carriers and the technology needed to transport liquefied hydrogen, at temperatures is about 100℃ cooler than LNG.

It says that when society utilizes hydrogen on a large scale, there will be a requirement for the large liquefied hydrogen carriers that it also plans to develop.