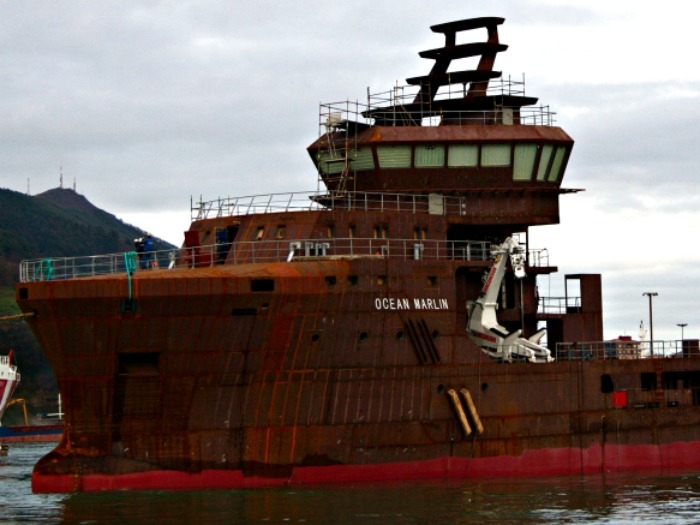 The Ocean Marlin is the second in a series of three FSVs that are being built for Norway’s Atlantic Offshore A.S. The primary mission of the vessel is to provide standby emergency response to offshore drilling rigs and installations. The Ocean Marlin is specially designed to operate in the harsh climate conditions of the North Sea. The vessel has the capacity to rescue up to 300 persons.

The Ocean Marlin is expected to be delivered in July 2014. It will begin operations at the Martin Linge field for TOTAL E&P Norway in the second half of this year.

The Ocean Marlin is based on a Havyard HY820 Design. With a price of nearly EURO25 million, the vessel incorporates the latest technologies including: dynamic positioning, fire control systems, machinery, towing pins on deck, and a stern roller.