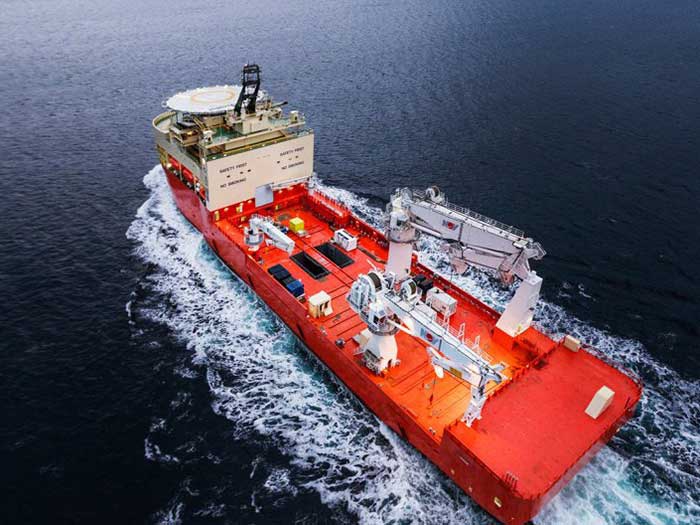 Owned by Island Ventures 5 LLC, a joint venture between Edison Chouest Offshore and Norway’s Island Offshore, the vessel was originally ordered with a length of 147.5 m and beam of 28 m. After the ship construction had started, it was decided to increase the deck area and tank capacities and the vessel now measures 160 m by 30 m.

The vessel is designed for operations such as IMR, ROV services, and well intervention and drilling.

The vessel has been prepared for a possible later installation of a module handling tower by reinforcing the foundations in the moon pool area. A later change order included an upgrade of the accommodations, from 200 to 239 persons.