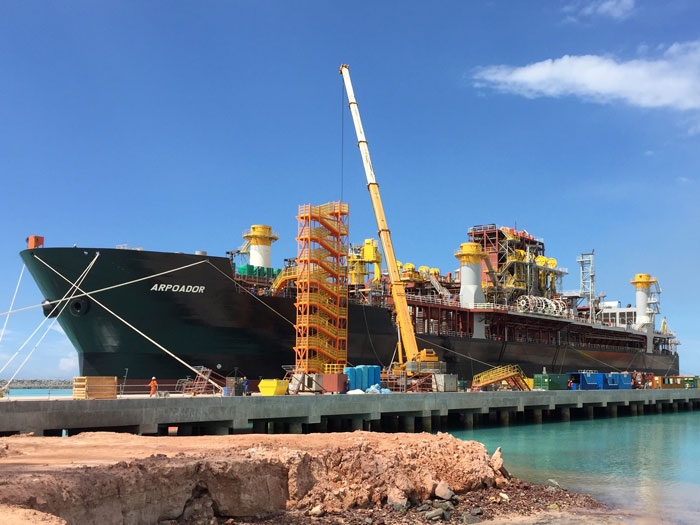 Sete Brasil has seven drillships on order with Sembcorp Marine but has made no payments since November 2014. They are in various stages of construction, with the first, NS Arpoador, having been under completion at Sembcorp Marine’s Jurong Shipyard Aracruz (EJA) in Brazilsince February last year.

Sembcorp Marine secured Singapore $3.2 billion in new contracts in FY2015, bringing its total net order book to Singapore $10.4 billion as at end of FY 2015. It called the new orders  “a healthy replenishment of order books notwithstanding the challenging macro environment.”

“Several of our customers have requested for delivery deferments in light of delays in chartering out their rigs,” says the Group. “Given the current depressed environment in the upstream sector, we have tried to accommodate their requests, while preserving our commercial interests. As has been reported, one of our customers [Marco Polo Marine] has failed to take delivery of its rig, and we have terminated the contract and taken legal action to recover the amount due to us.   For the rest of our completed rigs with deferment requests, they have all been technically accepted by our customers and we have arrived at or are finalizing mutually acceptable solutions with them.

“The Group has made prudent impairment and provisions of S$609 million in FY2015 for rig contracts, of which S$329 million relate to Sete Brasil. Looking ahead, this down-cycle is expected to be more protracted than previous cycles. Sembcorp Marine believes that it is sufficiently prepared, not just to ride through the storm, but to lay stronger foundations for the future when the market recovers.  The Group will continue to actively manage our balance sheet to maintain a healthy financial position.

“The Group remains optimistic on the longer term prospects of its business as its facilities have been built to cater to the industry’s demand for the long term.As an integrated Sembcorp Marine, we will optimize our capabilities and capacities, as well as increase our efficiency and productivity to better serve our partners and customers.”