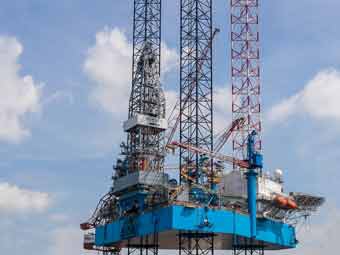 MARCH 21, 2017 — With the approval of Transocean, Keppel FELS Limited has reached a preliminary agreement with Borr Drilling Limited of Bermuda (Borr Drilling) that will see the construction contracts for five jackup rigs currently being built by the shipyard forTransocean will be novated to Borr Drilling.

The transaction is subject to all three parties executing definitive agreements and satisfying formal closing conditions. The completion of the transaction is expected to take place before the end of May 2017.

In 2013, Transocean ordered five KFELS Super B Class jackup rigs from Keppel FELS for US$1.1 billion and made a 20% down payment. Under the new agreement, Borr Drilling will take over the contracts and undertake the remaining payment installments to Keppel FELS. The price for each rig is USD$216 million, compared to the original price of USD$219 million. Borr Drilling will also make a down payment of USD$275 million.

The delivery dates of the five rigs were originally between 2016 and 2017 but had been deferred by Transocean to 2020. The first three rigs will now be delivered between 2017 and 2018, while the remaining two rigs will be delivered in 2020. This will enable Keppel to improve cashflow and minimize risks of the projects.

Keppel O&M says deal is a testament to the reliability of and strong demand for Keppel’s proprietary KFELS Super B Class rigs, even in the present challenging market conditions.

The KFELS Super B Class rigs are designed to operate in 400 feet water depth and drill to 35,000 feet. With a two million pound drilling system and a maximum combined cantilever load of 3,700 kips, the KFELS Super B Class is equipped with tremendous horsepower during drilling operations. In addition, the rig will be installed with offline stand building features in its drilling system package, which allows drilling and the preparation of drill pipes to take place at the same time. The rig is capable of drilling at a 75 feet outreach, allowing for coverage of a larger well pattern.