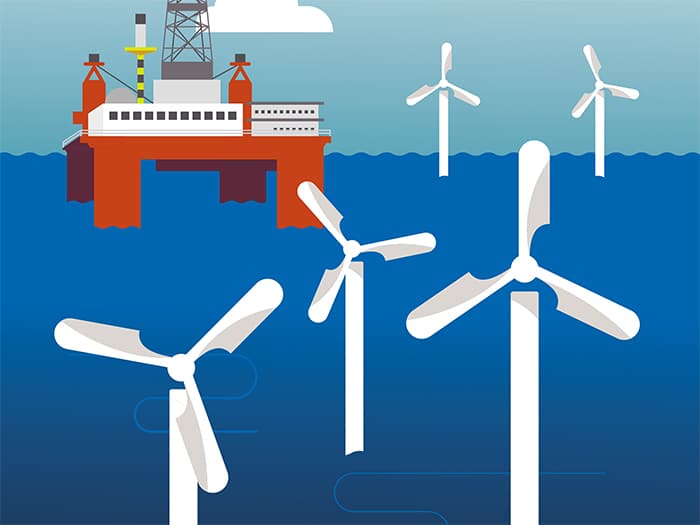 Perhaps taking a leaf from Equinor’s book in Norway, Crown Estates Scotland today opened a new offshore wind leasing round that is aimed, among other things, at providing green electricity for powering North Sea oil and gas platforms. This is, of course, what Equinor is planning to do with Hywind Tampen, a floating wind farm that is under construction to provide electricity for the Snorre and Gullfaks oil and gas fields in the Norwegian North Sea. There have been suggestions that when U.S. Gulf of Mexico offshore wind gets under way, the same sort of possibilities could open up.

IN – Small scale, innovative projects, of less than 100 MW

TOG – Projects connected directly to oil and gas infrastructure, to provide electricity and reduce the carbon emissions associated with production

According to Crown Estates Scotland, in order to reach net zero emissions by 2045, Scotland will need innovations in offshore wind which go beyond current technologies – so creating opportunities for developers to test new ideas is crucial.

Decarbonizing oil & gas installations will also play an important role in the transition to net zero. Power generation for oil & gas infrastructure in the U.K., which comes primarily from the burning of fossil fuels, generates emissions equivalent to 10 million tonnes every year. These emissions could be eliminated by powering the installations with electricity from new wind farms instead.