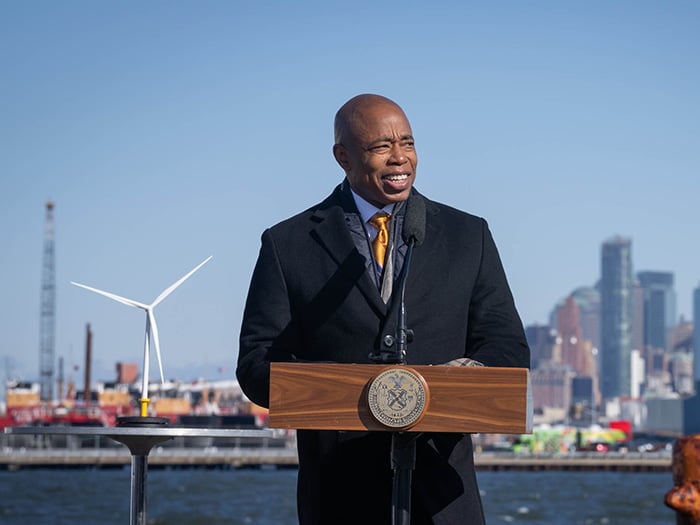 The agreement will help establish New York as a leader in offshore wind and help the city meet its climate goals of 100 percent clean electricity by 2040.

As part of a deal finalized by the New York City Economic Development Corporation (NYCEDC), Equinor, its partner BP, and Sustainable South Brooklyn Marine Terminal, L.P. will upgrade and build out the terminal as an operations and maintenance base. The terminal will become a power interconnection site for the Empire Wind 1 project, and heavy lift platforms will be built on the 39th Street Pier for wind turbine staging and installation for Equinor and other developers. The port will serve as a hub to support the Empire Wind and Beacon Wind offshore wind farms.

“With this investment, the South Brooklyn Marine Terminal will soon be transformed into one of the largest offshore wind port facilities in the nation,” said Mayor Adams. “This site will be the launch of a whole new industry for New York City that will support 13,000 local jobs over time, generate $1.3 billion in average annual investment citywide, and significantly reduce our carbon footprint so that we can meet our climate goals of 100 percent clean electricity by 2040. This is a transformative moment for New York City and our clean energy future — a future of sustainable power, good-paying jobs, and climate justice.”

NYCEDC also partnered with Equinor and the community to support workforce training for a diverse pool of local residents to bolster opportunities for New Yorkers created by investments in offshore wind infrastructure. The agreement expands the target of minority- and women-owned business enterprise (M/WBE) contractors based in and registered with New York City or New York State, with a 30 percent M/WBE participation goal; and will support technical assistance for M/WBE and Disadvantaged Business Enterprises to create more opportunities for participation in this sustainable growth industry. Additionally, the agreement ensures the development will be a low-emissions facility.

Equinor and BP said that they will invest a total of $200 million to $250 million in infrastructure upgrades to create an operations and maintenance (O&M) hub and staging area at SBMT, while also pursuing the development of SBMT as a low-emissions facility.

“This agreement marks a major step forward in our commitment to New York State to both provide renewable power and to spark fresh economic activity, while creating enduring jobs,” said Siri Espedal Kindem, President of Equinor Wind U.S. “With the support of NYCEDC, SSBMT and our partners in the community, Equinor and BP are ready and eager to invest in the revitalization of SBMT, an historic port that will soon become a major part of New York’s energy future. New York has shown unflagging determination to become a focal point of the region’s offshore wind industry, and this agreement offers tangible evidence that this vision is quickly coming to life.”

“We are enormously proud to lay the groundwork today for our vision of making New York City a nation-leading hub for the offshore wind industry. This agreement builds on the City’s $57 million commitment to reactivate SBMT as a key manufacturing and operations base and will help make New York a leader in climate resiliency as well as air quality through clean energy investments,” said NYCEDC Chief Strategy Officer and Executive Vice President Lindsay Greene.

At approximately 73.1 acres, SBMT will be one of the largest dedicated offshore wind port facilities in the United States. It is the only industrial waterfront site in the New York City area with the capacity to accommodate wind turbine generator staging and assembly activities at the scale required by component manufacturers.

Equinor recently announced the opening of a New York offshore wind project office, adjacent to SBMT, to serve as the hub for Equinor and BP’s regional offshore wind activities. The office will also be home to an offshore wind learning center that will provide New Yorkers an opportunity to learn about this growing new industry. 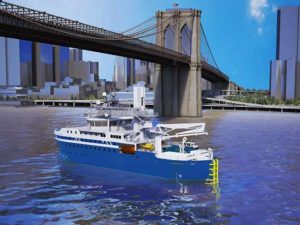