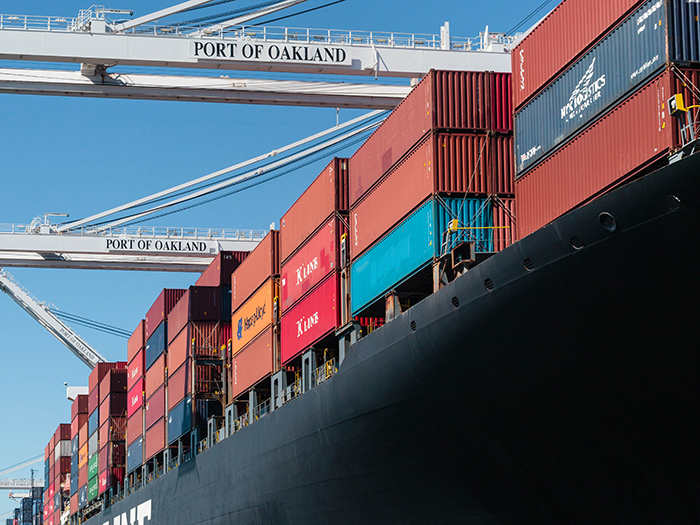 Turning trade war logic on its head, containerized export volume at the Port of Oakland spiked last month. Exports, primarily to Asia, were up 8.4 percent compared to May 2018 totals. Imports were up, too, climbing 4.2 percent over last year.

The port says it handled the equivalent of 85,964 20-foot import containers in May. Exports totaled 78,070 containers.

“Logic tells us that at some point, tariffs should drive down cargo volumes because they’re making international trade more expensive,” said Port of Oakland Maritime Director John Driscoll. “But our customers have so far defied conventional wisdom by finding new markets for their products.”

The port said its export growth centered on China’s neighbors including Vietnam, Taiwan, South Korea and Japan. Importers, too, are turning to those markets to purchase products previously sourced in China.

Oakland set a record by handling 2.55 million cargo containers in 2018. Through the first five months of 2019, its volume is up 5.5 percent compared to last year. The port cautioned against projecting future volumes, however, due to the uncertain global trade outlook.

The U.S. this month began imposing even higher tariffs on goods imported from China. The port said it would pay close attention to June cargo volume to learn if heightened tariffs dampen trade.