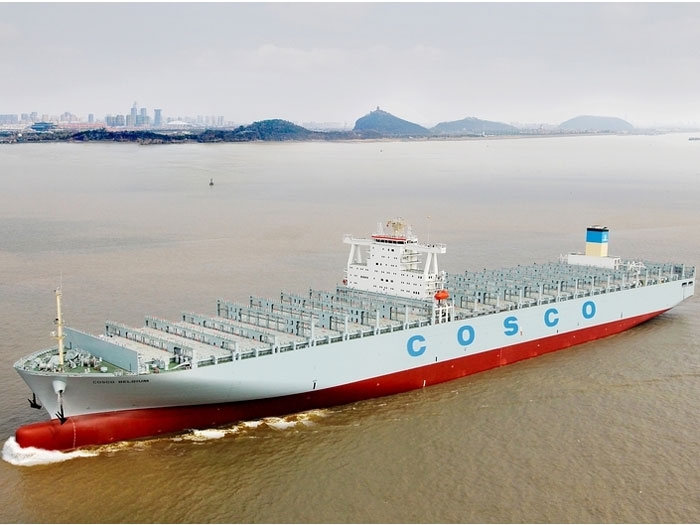 FEBRUARY 10, 2015 — Wärtsilä is to supply five new 14,500 TEU containerships with twenty Auxpac 32 generating sets. The ships are under construction for COSCO (China Ocean Shipping Group) by Hudong-Zhonghua Shipbuilding, a subsidiary of the China State Shipbuilding Corporation.

The order for the gensets was placed last month with Wärtsilä Yuchai Engine Co. Ltd (WYEC), a joint venture established by Wärtsilä and Yuchai Marine Power Company at the end of 2012 that started production in the middle of 2014. It is the first order for generating sets placed with WYEC since the formation of the company. Delivery of the engines will commence in mid-2016.

The customer’s requirements for these container vessels were cited as being reliability, economic fuel consumption and high availability. The powerful Wärtsilä Auxpac 32 engine was found to be the most suitable solution for meeting these requirements.

“This is a very important order that marks the re-establishment of Wärtsilä generating sets within the container vessel market. The Wärtsilä Auxpac 32 engine with its excellent reliability and fuel efficiency is highly suited to this application. We are also very pleased to be working with COSCO, a company with whom we have enjoyed a long and successful cooperation and a major player in the industry,” says Mr. Roger Holm, Senior Vice President, Wärtsilä Ship Power.

The Wärtsilä Auxpac 32 is the auxiliary engine version of the well-proven Wärtsilä 32 family and is Wärtsilä’s most powerful Auxpac generating se. It is aimed at the upper end of the merchant shipping market, notably large container vessels with an auxiliary power need of from 2,500 kWe to 4,500 kWe per generating set.

The Auxpac 32 is available in 6, 7, 8 or 9 cylinder configuration. It is able to operate on different fuels, ranging from the lowest LFO viscosity of 2.0 cSt to an HFO viscosity of 700 cSt (at 50 °C). The engine is also able to use low and ultra low sulfur fuel oils (<0.01% S)  as required in Emission Controll Areas. The engine is fully compliant with IMO Tier II requirements, and when fitted with exhaust gas after treatment solutions reaches Tier III compliance.