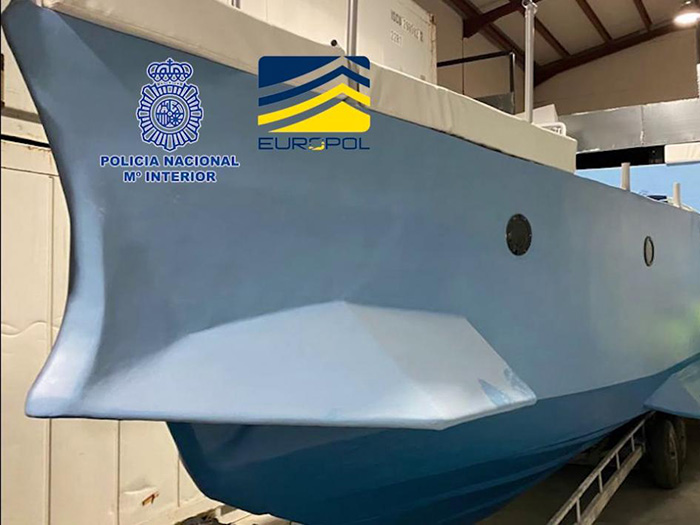 Narco-sub was still under construction when found. [Image: Europol]

What’s thought to be first semi-submersible narco sub to be built in Europe has been seized in a warehouse in the city of Málaga, Spain. The seizure was made as part of Operation FERRO, a high-level law enforcement operation against an organized crime group involved in large-scale drugs trafficking.

The semi-submersible — the first of its kind seized on European soil — was still under construction when it was found. It was 9 meters long and could have been able to transport up to two tonnes of drugs, according to Europol.