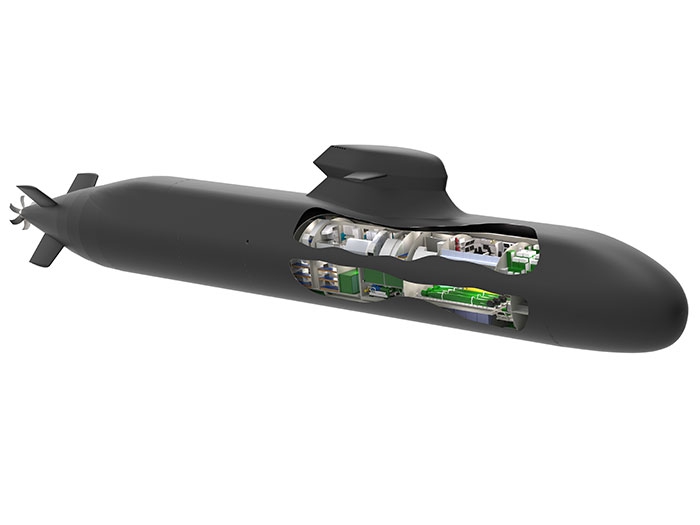 “The result of the collaboration will be a customer-adapted submarine for expeditionary missions. This will ensure that the Royal Netherlands Navy continues to play an important role in European waters as well as globally,” says Hein van Ameijden, managing director of Damen Schelde Naval Shipbuildning.

The Expeditionary Submarine builds on the capabilities of the Swedish A26 and puts into practice the experience of the Swedish designed Collins-class submarine in-service with the Australian Navy.

In addition, the Walrus replacement will also benefit from the operational lessons reflected in the Swedish Navy’s Gotland Mid Life Upgrade. As a result the Expeditionary Submarine will be equipped with state of the art technology while benefiting from the de-risking on three submarine classes.

Saab and Damen say they are creating one of the most modern Air Independent Propulsion (AIP) submarines in the world, which if selected, will be done in consultation with the customer using a ‘design to cost’ approach.

The production process will see sections made in Sweden and then assembled at Vlissingen in the Netherlands. Having secured the cooperation of many Dutch companies, Saab and Damen are set to enhance the domestic submarine competence.

This cooperation will also extend beyond the Dutch submarine project, as the two companies see a growing market for this type of advanced conventional submarine.