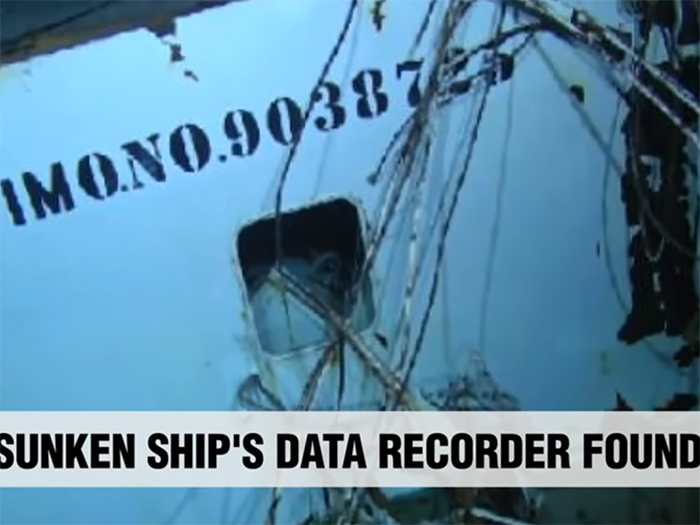 An Autonomous Underwater Vessel (AUV) deployed from Houston-headquartered Ocean Infinity’s deep-sea search vessel Seabed Constructor yesterday found the bridge and a part of the hull of the Stellar Daisy, the ore carrier operated by South Korea’s Polaris Shipping that sank March 31, 2017 with the loss of 24 of its crew of 26.

The AUV retrieved Stellar Daisy’s Voyage Data Recorder (VDR) from the nearby seabed. It was put into de-ionized water and is being kept safe on board Seabed Constructor.

A South Korean Foreign Ministry statement said that Ocean Infinity will continue its deep-sea search to find the Stellar Daisy’s hull and lifeboats, and to check the condition of the hull through underwater photography and carry out 3D mosaic reproduction.

Ocean Infinity says the wreckwas located at a depth of 3,461 meters in the South Atlantic Ocean, approximately 1,800 nautical miles due west of Cape Town.

Working from Seabed Constructor, the search operation involved the deployment of four AUVs which, over 72 search hours, explored approximately 1,300 sq. km of seabed. Representatives of both The Government of South Korea, who awarded Ocean Infinity the contract to conduct the search, and the families of Stellar Daisy’s crew, were present throughout the operation.

Oliver Plunkett, Ocean Infinity’s CEO, said: “We are pleased to report that we have located Stellar Daisy, in particular for our client, the South Korean Government, but also for the families of those who lost loved ones in this tragedy. This operation is further testament to Ocean Infinity’s leading, technology led, search capability. Through the deployment of multiple state of the art AUVs, we are covering the seabed with unprecedented speed and accuracy. I would like to thank the Government of South Korea for their support, as well as all of the team onboard Seabed Constructor.”

Last month, following a Coast Guard investigation, South Korean officials sought arrest warrants against the Chairman of Polaris Shipping and others involved with the conversion. Those arrests are apparently on hold pending the findings from the undersea recovery operations