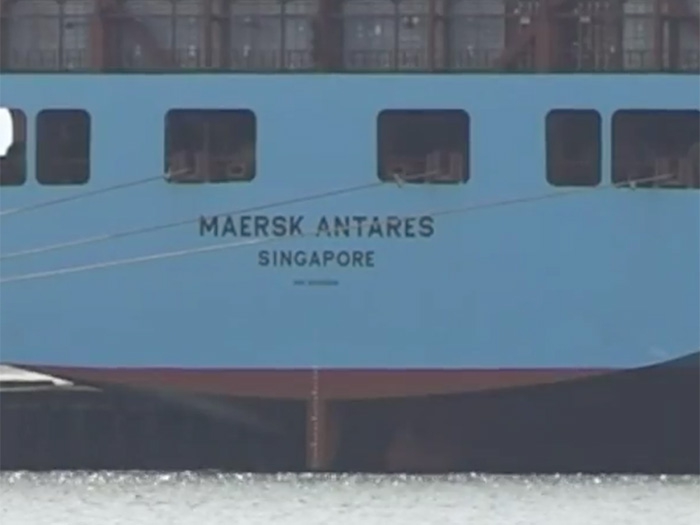 Police say gang removed cocaine from near the vessels ruddr

NOVEMBER 1, 2017 — ​A five-month New Zealand Customs and Police investigation has led to the arrest of four foreign nationals after an estimated 46 kilograms of cocaine, with a street value of around NZ$20 million ($14 million), was seized after it had been offloaded from the Maersk Line containership Maersk Antares.

Customs commenced the operation after an investigation into smaller methamphetamine seizures, resulting in several arrests, identified persons of interest believed to be involved in smuggling and distributing Class A drugs and money laundering.

Customs joined forces with Police to build intelligence and carry out investigative work, establishing that a cocaine shipment would be offloaded from a commercial ship near Tauranga.

The ship arrived from Chile late on Tuesday 31 October, and the syndicate approached the vessel under the cover of darkness in their own boat, retrieving the cocaine from a hidden compartment on the exterior of the hull.’

“They came to the rear of the vessel and extracted the cocaine fron near the rudder,” said Customs Group Manager Intelligence, Investigations & Enforcement Jamie Bamford.

Two Australian men and a Croatian aged in their mid-forties, and one Serbian national in his mid-thirties, appeared in the Tauranga District Court this afternoon on charges relating to importing the cocaine and possessing the drug for supply, reports TVNZ. All four were granted interim name suppression and were remanded in custody

“New Zealand is being targeted by international crime syndicates as a market for cocaine,” said Mr. Bamford. “Our intelligence suggests an increase in demand and use, and this goes hand-in-hand with the increase in seizures we’re making at the border.”

Police Assistant Commissioner: Investigations, Richard Chambers, called today’s seizure “hugely significant,” noting that it was the largest single seizure of cocaine in New Zealand, and that the shipment was destined for New Zealand.”