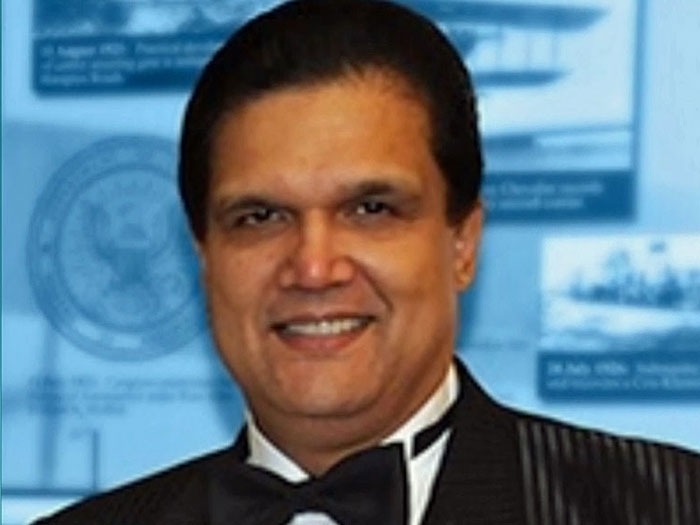 MAY 10, 2017 — In the latest development in the so-called Fat Leonard scandal, Neil Peterson and Linda Raja, former executives of foreign defense contractor Glenn Defense Marine Asia (GDMA), yesterday pleaded guilty in federal court in San Diego, to fraud charges, admitting that they conspired to submit bogus bids, claims and invoices to the U.S. Navy in an effort to win contracts and overcharge the Navy by tens of millions of dollars as part of a years-long corruption and fraud scheme.

Peterson, 39, and Raja, 44, both of Singapore, worked for Singapore-based Glenn Defense Marine Asia (GDMA). Peterson served as the Vice President for Global Operations, and Raja served as General Manager for Singapore, Australia and the Pacific Isles.

According to their pleas, Peterson and Raja conspired with Leonard Glenn Francis, the owner of GDMA, to defraud the U.S. Navy in order to financially benefit GDMA.

Both defendants were arrested by authorities in Singapore at the request of the U.S. government and were extradited on Oct. 28, 2016. Sentencing for Peterson and Raja is set before U.S. District Judge Janis L. Sammartino on August 11, 2017 at 9 a.m.

According to Peterson’s and Raja’s plea agreements, they and other members of GDMA’s management team created and submitted fraudulent bids that were either entirely fictitious, contained falsified prices supposedly from actual businesses, or fraudulently stated that the business shown on the letterhead could not provide the items or services requested. In this manner, Peterson and Raja and other members of GDMA’s core management team could ensure that GDMA’s quote would be selected by the U.S. Navy as the supposed low bidder. GDMA could thus control and inflate the prices charged to the U.S. Navy without any true, competitive bidding, as required.

Peterson and Raja admitted that they and other members of the GDMA management team knowingly created and approved fictitious port authorities with fraudulently inflated port tariff rates, and approved the presentation of such fraudulent documents to the U.S. Navy. GDMA thus charged inflated prices to the U.S. Navy, rather than what GDMA actually paid to the bona fide port authorities.

For example, for the visit of the U.S.S. Bonhomme Richard visit to Kota Kinabalu, Malaysia, in or about October 2012, under the direction of Peterson and other members of GDMA’s core management team, false documents and inflated invoices were presented to the U.S. Navy. The full amount billed to the U.S. Navy for this visit was $1,232,858, of which approximately $877,413 was fraudulently inflated.

Peterson and Raja admitted that losses to the United States Navy exceeded $34,800,000.

Twenty Navy officials have been charged so far in the fraud and bribery investigation.

Five GDMA executives – Neil Peterson and Linda Raja along with Leonard Glenn Francis, Alex Wisidagama, Ed Aruffo, – have been charged All five have pleaded guilty.Wisidagama was sentenced on March 18, 2016 to 63 months and $34.8 million in restitution to the Navy. Francis and Aruffo await sentencing;