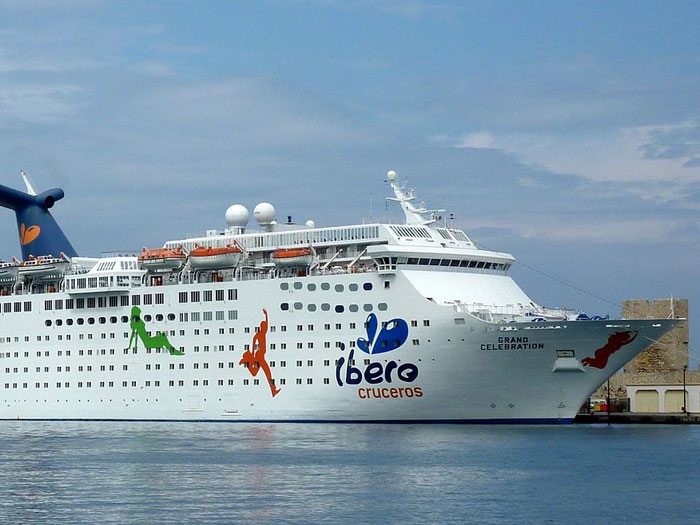 Seen here in Ibero Cruceros livery, Costa Celebration has reportedly been sold to an undisclosed buyer

NOVEMBER 21, 2012 — Two cruise lines are shedding vintage ships, in one case through a sale and in the other through a transfer.

Carnival Corporation’s Costa Cruises abruptly canceled the first cruise scheduled for the Costa Celebration (ex-Grand Celebration), which was in dry dock in Marseilles, France, for rebranding as a Costa vessel after being transferred from Carnival’s Ibero Cruceros brand.

Reportedly, the ship has been sold to an undisclosed buyer. She was originally delivered as a Carnival Holiday Class ship in 1986 by Kockums Varv in Malmö, Sweden. for Carnival Cruise Lines as Celebration.

With the addition of Majesty of the Seas, Pullmantur’s total guest capacity will increase by more than 20 percent.

”The transfer of Majesty of the Seas will play an important role in Pullmantur’s Latin American growth strategy, and helps us become one of the most widely recognized brands in that market,” said Pullmantur’s president and chief executive officer, Jorge Vilches. “The additional capacity will help us meet the rising demand for Pullmantur’s distinctive Latin-style cruise holidays.”