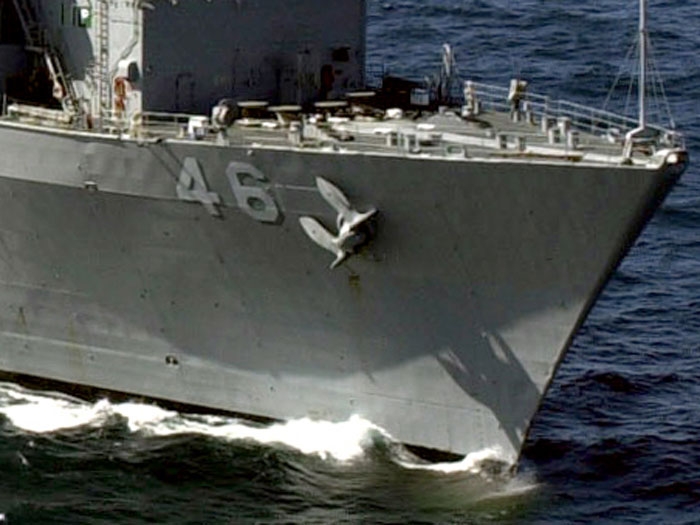 DECEMBER 19, 2014 — The U.S. Navy reports that USS Tortuga’s (LSD 46) Commanding Officer, Cmdr. Thomas Goudreau and Executive Officer, Cmdr. John Fleming, were relieved of their duties December 16, “due to loss of confidence in their ability to safely operate and navigate the ship and their credibility to lead the crew.”

At approximately 7:30 a.m. October 6, USS Tortuga  made contact with Thimble Shoals buoy (1TS) while enroute to her scheduled anchorage off the coast of Virginia.

The allision caused the buoy to become adrift and over $2.5 million damage to the ship. The ship entered National Steel and Shipbuilding Co. (NASSCO) repair facility in Norfolk, where repairs were completed December 11.