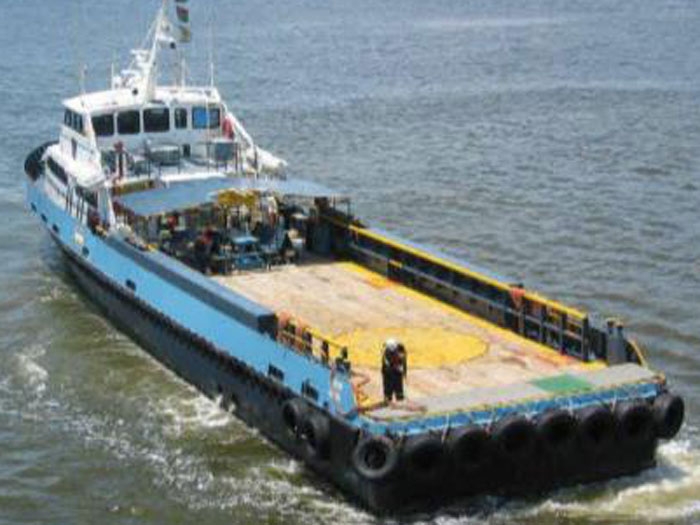 Built by shipbuilder Breaux Brothers Enterprises, Inc. of Loreauville, LA, in 2002, the vessel is powered by four Cummins KTA 38M2 diesels developing a total 5,400 BHP and driving four 44″ x 46″ fixed pitch propellers to give the vessel a speed range of 15 – 30 knots with a fuel consumption rate of about 100 –  260 gph  and a range of about 1,721 nm at economical speed.The vessel’s maneuverability is enhanced by a 150HP tunnel bow thruster.

The vessel is classed ABS + A1, HSC Crewboat + AMS, Unrestricted Service through March 2017. Patrice Tide had been working in Angola, West Africa for Sonatide Marine Services Ltd. of Angola and was lying in Walvis Bay, Namibia at the time of sale.

Marcon International acted as sole broker in the transaction and has handled over 20 sales for Tidewater since selling the 136 ft first generation supply boat Low Tide in 1983 to Honeywell, Inc. Marcon has also represented the buyers in purchases of approx. half dozen crewboats during the last fifteen years.

This is the seventh crewboat Marcon sold this year and the 99th it has sold over the last 33 years.  “We hope to report on #100 shortly,” says the firm.