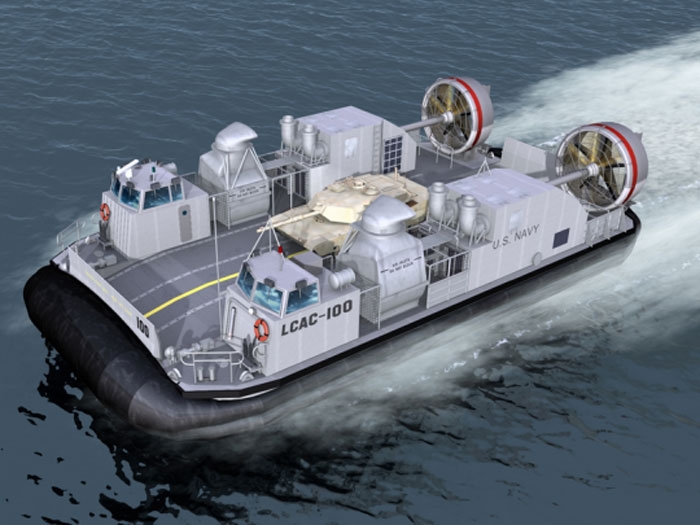 The SSC program is the functional replacement for the existing fleet of LCAC vehicles, which are nearing the end of their service life. It is an air cushion vehicle designed for a 30-year service life.

The SSC mission is to land surface assault elements in support of operational maneuver from the sea, at over-the-horizon distances, while operating from amphibious ships and mobile landing platforms. SSC provides increased performance to handle current and future missions, as well as improvements which will increase craft availability and reduce total ownership cost.

Fiscal 2014 research, development, test and evaluation contract funds in the amount of $2,000,000 will be obligated at time of award and will not expire at the end of the current fiscal year. The Naval Sea Systems Command, Washington, District of Columbia, is the contracting activity.