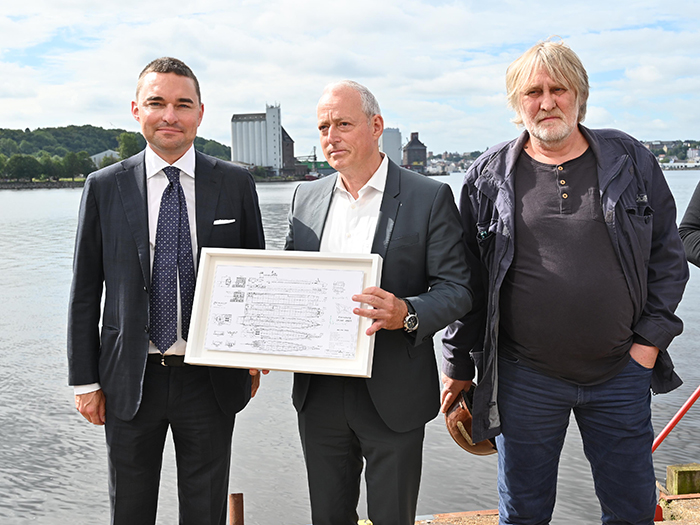 A rescuer looks to have been found for troubled German shipbuilder Flensburger Schiffbau Gesellshaft (FSG) in the shape of Lars Windhorst, founder of investment company Tennor Holding. A contract for the sale of the company, one of Europe’s leading RO/RO builders, at an undisclosed price has been notarized, but not yet executed. Meantime, within the scope a reorganization under Germany’s complex insolvency laws, along with FSG business assets, 350 of the yard’s 650 employees have been put on the books of other Tennor Holding’s businesses. They include all 31 trainees and nine students. Hopes are that the remaining 300 employees can be brought back once new orders can be secured.

Currently under construction at the yard are two RO/ROs commissioned by Tennor Holdings. At one time, another German shipbuilder, Pella Sietas, had been seen as a possible buyer for the yard and there are reportedly hopes that there can be future cooperation between the two.

“In these difficult times, when there is a lot of upheavel, it is important for me to stand by the FSG and its employees,” says Lars Windhorst. “Unfortunately, it is not possible to retain all jobs at the FSG. But I fundamentally believe in the future of the company, and that is why I am backing the company again, along with Tennor. A difficult restructuring process lies ahead of us. If all those involved stand together, we will get through it.”