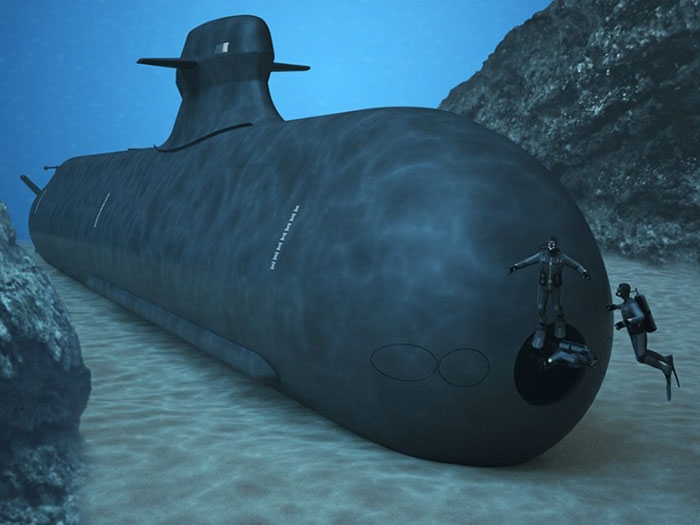 APRIL 15, 2014 — Sweden looks to be on its way to be regaining domestic control of its submarine building industry — fifteen years after selling its national submarine-maker Kockums to Germany’s HDW, now ThyssenKrupp, which renamed Kockums as ThyssenKrupp Marine Systems AB.

The Swedish Government has plans to invest in a new generation of subs for the Swedish Navy, the Kockums A26.

Designed for mainly littoral operations, but with ocean-going capabilities, it will be powered by a conventional diesel-electric propulsion machinery, and equipped with Kockums Stirling AIP system (air-independent propulsion). The Stirling system, together with a set of balanced underwater signature properties, will make the submarine very stealthy and difficult to detect. The design includes a flexible payload capability with a flexible payload lock system in addition to its conventional torpedo tubes.

Sweden has apparently become disenchanted with how the project has been going under ThyssenKrupp control. That disenchantment became public February 27 when Sweden’s defense procurement agency FMV announced that it had allocated $3.84 million to investigate Saab’s ability to design and produce Sweden’s next generation submarine.

The other shoe dropped yesterday when ThyssenKrupp Industrial Solutions AG, a subsidiary of ThyssenKrupp AG, and Saab AB announced they had signed a non-binding Memorandum of Understanding on the sale of ThyssenKrupp Marine Systems AB to Saab AB.

“Both parties agree that during the negotiations phase, the integrity and the operating ability of ThyssenKrupp Marine Systems AB must be safeguarded,” said a statement. “The transaction will be subject to regulatory approval. The negotiations between Saab AB and ThyssenKrupp Marine Systems AB are at an early stage and more information will follow.”

Saab said that the Memorandum of Understanding is in line with its “ambition to expand its activities in the naval area and meets the needs of Sweden for an industrial solution regarding design, production and maintenance of submarines and warships. An acquisition of ThyssenKrupp Marine Systems AB will enable Saab to meet this ambition.”