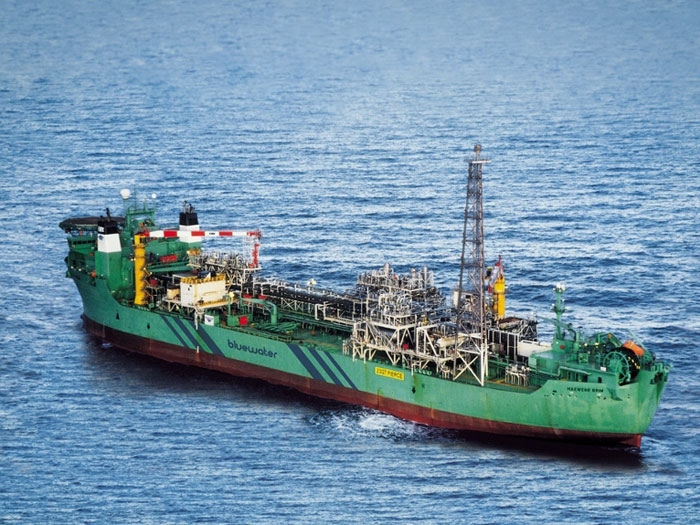 The 252 m, 103,000 dwt facility has operated in the Pierce Field in the U.K. sector of the North Sea, since 1999 on behalf of Shell.  Last year the vessel was also linked to the the Brynhild field, operated by Lundin, located in the Norwegian sector.

Initially working alongside a Wärtsilä team, the scheduled 48,000 hour service on the first engine required the Royston engineers to completely dismantle the engine and overhaul the cylinder heads and liners, pistons, con rods, cam shafts and bearings.

The service and overhaul started earlier this year, but was halted when adverse weather conditions and 100 mph winds caused the evacuation of non-critical personnel from the platform.

On resumption of the engine overhaul, damage to the crankshaft journal bearings was identified required remedial machining work to be undertaken in-situ on the vessel. Royston engineers remained on board to oversee and assist with this work and resumed the main engine service when the crankshaft was repaired.

Following the specialist repair of the crankshaft, Royston completed the main engine overhaul with full commissioning and a 100% load run.

On completion of the service on the first engine, Royston was appointed to carry out remedial work on another of the Haewene Brim’s engines, involving the replacement of the resilient mounts and realigning the engine to the generators.

Steve Williams, Lead Mechanical Technician on the Haewene Brim said: “The Royston team have been extremely professional throughout and have really worked hard at all times.”The team is very well balanced in terms of their skills and expertise and have also fitted in very well on board. I cannot commend them enough, and look forward to working with them again on the next overhaul.”

The Haewene Brim was originally built at the Samsung yard in Korea as a multi-purpose shuttle tanker and was converted to an FPSO at the Aker McNulty shipyard in Newcastle in 1998, ahead of deployment in the Pierce Field.

To extend its field life, a water injection topsides module was added in September 2004.