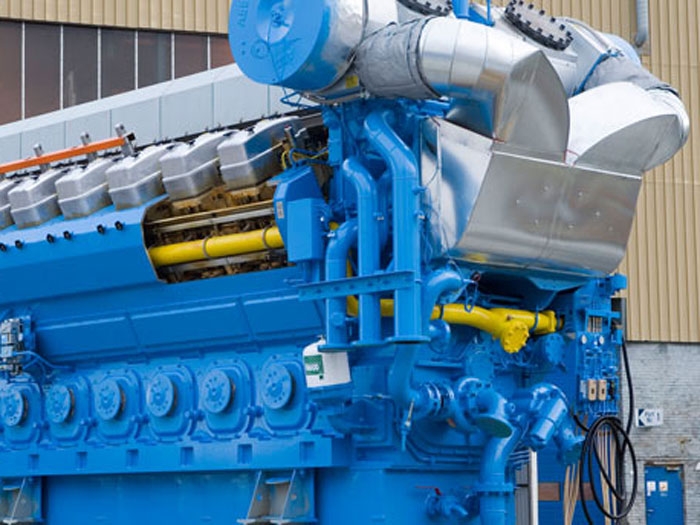 JUNE 3, 2015 — Rolls-Royce engines powered solely by liquefied natural gas (LNG) have completed 25 million hours of operation on land and at sea, since their introduction in 1991.

More than 650 Bergen lean burn gas engines are in service today, with a power output up to 9,600 kW. The engines are used for a variety of applications ranging from powering ferries, cargo ships and tugs to a range of land-based power generation operations.

Mikael Makinen, Rolls-Royce President Marine, added, “Achieving 25 million running hours in almost 25 years is something we’re extremely proud of. The reliability of our pure gas Bergen engines, built up from many years of round-the-clock power generation, is a key factor in their continuing selection for marine propulsion.

“That inherent reliability coupled with low emissions and running costs, means we can offer shipowners a range of engines ideally suited to their future operational and environmental requirements.”

The gas fueled engines reduce Nitrogen Oxide (NOx) emissions by about 90 per cent while Sulfur Oxide (SOx) and particulates emissions are negligible. Emissions from Rolls-Royce gas engines are already within the limits of IMO Tier III environmental regulations due to come into force in 2016.

The engine with the highest accumulated running hours is still operating today, powering the Lemvig power plant in Denmark. It has run more than 160,000 hours since installation in 1992.

The first Bergen engines using LNG for marine use entered service in 2006 powering doubled-end car ferries, and their use has since been adopted for a growing range of ship types including coastal cargo ships, tankers, cruise ferries, tugs and offshore support vessels.