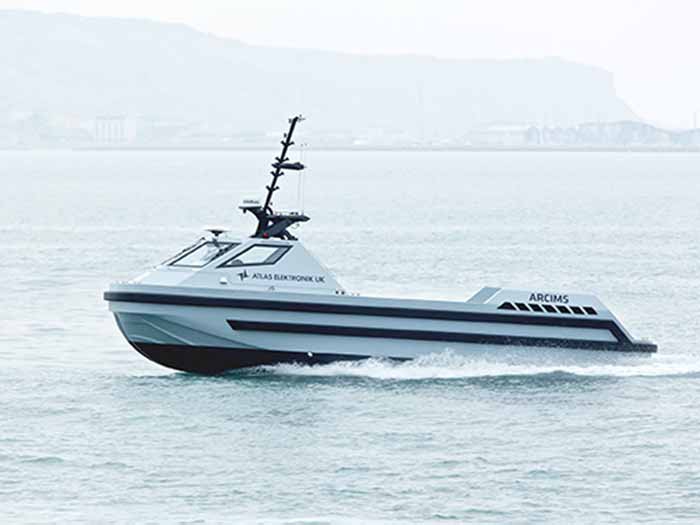 MARCH 21, 2018 — A research project led by Rolls-Royce has demonstrated that the operation of autonomous vessels can meet, if not exceed, current collision avoidance (COLREG) rules.

The project found that use of newly developed algorithms allowed existing COLREGs to remain relevant in a crewless environment and that Artificial Intelligence-based navigation systems were able to enact the rules to avoid collision effectively, even when approaching manned vessels were interpreting the rules differently.

A key aspect of the research was the use of WMA’s networked bridge simulators. These highly immersive simulators, typically used for seafarer training, were used to analyze reactions from the crew when faced with a range of real-world situations and to subsequently hone the MAXCMAS algorithms.

Rolls-Royce Future Technologies Group’s Eshan Rajabally, who led the project, said: “Through MAXCMAS, we have demonstrated autonomous collision avoidance that is indistinguishable from good seafarer behaviou=r and we’ve confirmed this by having WMA instructors assess MAXCMAS exactly as they would assess the human.”

During the development project, Rolls-Royce and its partners adapted a commercial-specification bridge simulator as a testbed for autonomous navigation. This was also used to validate autonomous seafarer-like collision avoidance in likely real-world scenarios.

“The trials showed that an unmanned vessel is capable of making a collision avoidance judgement call even when the give-way vessel isn’t taking appropriate action,” said Ralph Dodds, Innovation & Autonomous Systems ProgramManager, AEUK. “What MAXCMAS does is make the collision avoidance regulations applicable to the unmanned ship.”

Rolls-Royce says that MAXCMAS project is now complete. The technology and system has been tested both at sea and under a multitude of scenarios using desktop and bridge simulators, to demonstrate its robustness, and prove that autonomous navigation can meet existing COLREG requirements.