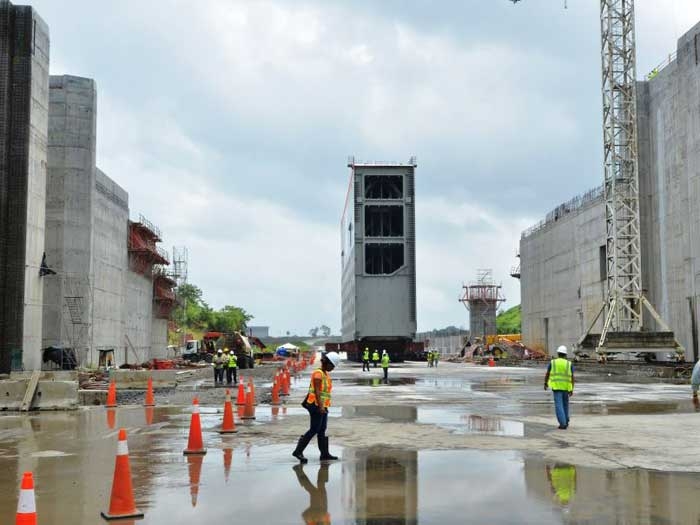 JULY 21, 2014 — The Panama Canal Expansion has reached another important milestone: transfer of the first gates to the new locks complex in the Atlantic side.

“This is a very important operation because it involved the first movement of the gates from the special dock where they were unloaded to the lower chamber of the new locks,” said Panama Canal Authority (ACP) Administrator Jorge L. Quijano.

The Administrator explained that the process was carried out following rigorous safety measures to ensure that the more than 3,000-ton steel structures could be moved to the dry lock chambers using the pavement ramp built for this purpose.

Eight of the 16 rolling gates that will be used for the new locks are already in Panama. The remaining eight will arrive in two separate shipments from their manufacturing site in Italy.

In the next couple of days, the other gates will be moved to the dry lock chambers to enable the temporary unloading dock to be available for the arrival of the remaining lock gates.