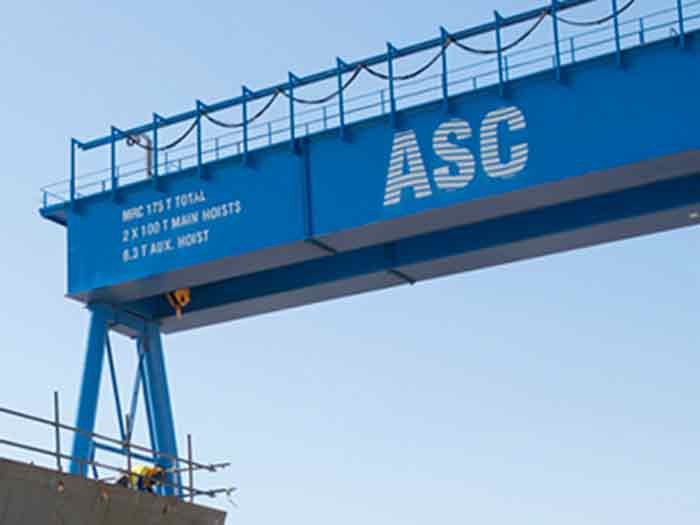 DECEMBER 7, 2016 — The Australian federal government is turning to Denmark’s Odense Maritime Technologies A/S (OMT) to help it get its naval shipbuilding program on track.

OMT was established in 2010 with Valcon A/S as a spin-off from Odense Steel Shipyard, leveraged the technology expertise and experience brought from OSS to evolve into a leading international maritime consultancy.

Today, Australia’s Minister for Defence Industry, Christopher Pyne MP, today said that the Department of Defence and OMT are “working together on the infrastructure upgrades needed for the delivery of the Government’s continuous naval shipbuilding program.”

Mr. Pyne said that OMT will work with a range of stakeholders, including Defence, the South Australian Government and government-owned shipbuilder ASC, to “deliver a surface vessel shipyard that supports both the minor and major surface vessel programs now and into the future.”

“Redevelopment of the Osborne shipyard and the implementation of the Offshore Patrol Vessels and Future Frigate programs will be carefully managed,” Mr. Pyne said.

“This will ensure that the Air Warfare Destroyer and Collins Class sustainment activities continue unimpeded.

“The Government announced in April that the A$35 billion program to build nine anti-submarine warfare frigates will commence construction in Adelaide in 2020.

“This follows the A$3 to 4 billion program to construct 12 Offshore Patrol Vessels that will begin in Adelaide in 2018, at the Osborne Shipyard and transition to Henderson in Western Australia in 2020.”

Mr. Pyne said substantial facilities and infrastructure upgrades will take place to ensure the capacity and capability of the Osborne South Naval Shipyard.