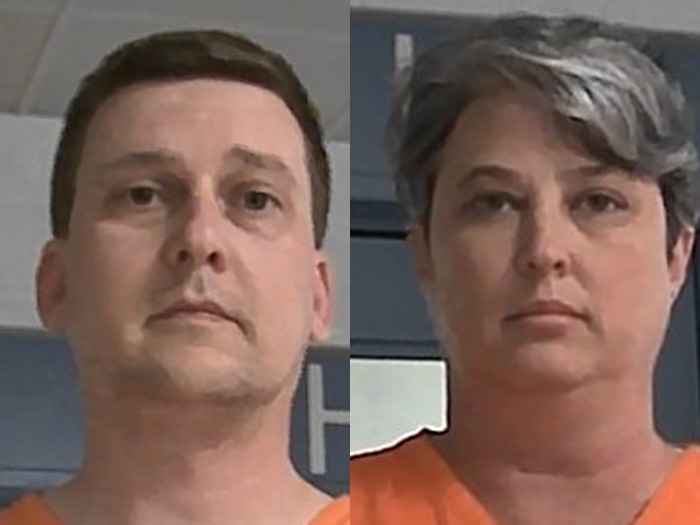 Jonathan and Diana Toebbe, the Maryland couple arrested in Jefferson County, W.Va., by the FBI and the Naval Criminal Investigative Service (NCIS) in October last year, were sentenced today for conspiracy to communicate restricted data related to the design of nuclear-powered warships.

As those who have been following the case may recall, it involves a tale of dead letter drops, cryptocurrency, an SD card in a peanut butter sandwich and encrypted emails.

According to court documents, says the Department of Justice, at the time of his arrest, Jonathan Toebbe was an employee of the Department of the Navy who served as a nuclear engineer and was assigned to the Naval Nuclear Propulsion Program, also known as Naval Reactors. He held an active national security clearance through the Department of Defense, giving him access to “Restricted Data” within the meaning of the Atomic Energy Act. Restricted Data concerns design, manufacture or utilization of atomic weapons, or production of Special Nuclear Material (SNM), or use of SNM in the production of energy – such as naval reactors. Jonathan Toebbe worked with and had access to information concerning naval nuclear propulsion including information related to military sensitive design elements, operating parameters and performance characteristics of the reactors for nuclear powered warships.

Again citing court documents, the Department of Justice says that Jonathan Toebbe sent a package to a foreign government, listing a return address in Pittsburgh, Pennsylvania, containing a sample of Restricted Data and instructions for establishing a covert relationship to purchase additional Restricted Data. Jonathan Toebbe began corresponding via encrypted email with an individual whom he believed to be a representative of the foreign government. The individual was really an undercover FBI agent. Jonathan Toebbe continued this correspondence for several months, which led to an agreement to sell Restricted Data in exchange for thousands of dollars in cryptocurrency.

“The Toebbes conspired to sell restricted defense information that would place the lives of our men and women in uniform and the security of the United States at risk,” said Assistant Attorney General Matthew G. Olsen of the Justice Department’s National Security Division. “The Department of Justice remains committed to protecting U.S. defense technology.”

“Naval nuclear engineer Jonathan Toebbe was entrusted with our nation’s critical secrets and, along with his wife Diana Toebbe, put the security of our country at risk for financial gain,” said U.S. Attorney Cindy Chung for the Western District of Pennsylvania. “Their serious criminal conduct betrayed and endangered the Department of the Navy’s loyal and selfless service members. The seriousness of the offense in this case cannot be overstated.”

“The Toebbes betrayed the American people and put our national security at significant risk when they selfishly attempted to sell highly sensitive information related to nuclear-powered warships for their own financial benefit,” said Special Agent in Charge Brice Miller of the Naval Criminal Investigative Service (NCIS) Office of Special Projects. “As the law enforcement arm of the Department of the Navy responsible for preventing terrorism, reducing crime, and protecting secrets, NCIS remains committed to protecting vital information and technology that ensures the superiority of the U.S. Navy and Marine Corps.”