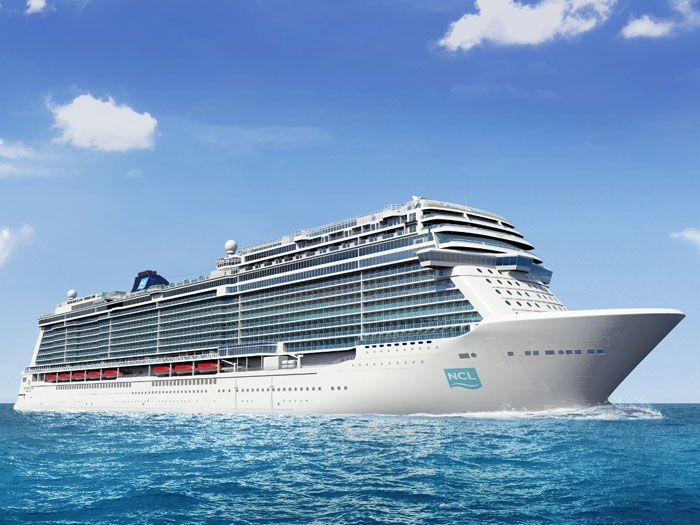 Third Breakaway Plus ship will be customized for Chinese market

Originally, the second Breakaway Plus ship was to be called "Norwegian Bliss," a name chosen from a long list of suggestions from Facebook fans. Today, though, Norwegian said that the ship's name, homeport, accommodations, dining and entertainment  "will be shared in the coming months."

Accommodations, cuisine and onboard experiences will cater to the unique vacation preferences of Chinese guests.

"Our new purpose-built ship for China will have characteristics that are authentic to Norwegian Cruise Line and yet distinctively Chinese in all of its sensibility," said Norwegian Cruise Line Holdings CEO Frank Del Rio, who made the announcement today at the CruiseWorld China summit in Shanghai.

"With this new ship, Norwegian will unquestionably offer our Chinese guests a superior product and introduce a new standard of innovation and excellence into the marketplace, with an unrivaled level of customization for the Chinese consumer," said Mr. Del Rio. "It will perfectly suit what modern Chinese travelers value from an upscale cruise experience."

The cruise line says that the 4,200 guest ship "will provide the same sense of freedom and flexibility found on all Norwegian Cruise Line ships, but with experiences and amenities designed specifically with Chinese guest in mind" and that "the level of customization will go beyond the physical design of the ship."

OCTOBER 12, 2015 — Norwegian Cruise Line (Nasdaq: NCLH) says that the second of the three 326 m Breakaway Plus Class ships under construction at German shipbuilder Meyer Werft will now be “the first purpose-built  cruise ship customized for the China market” when delivered in 2017.