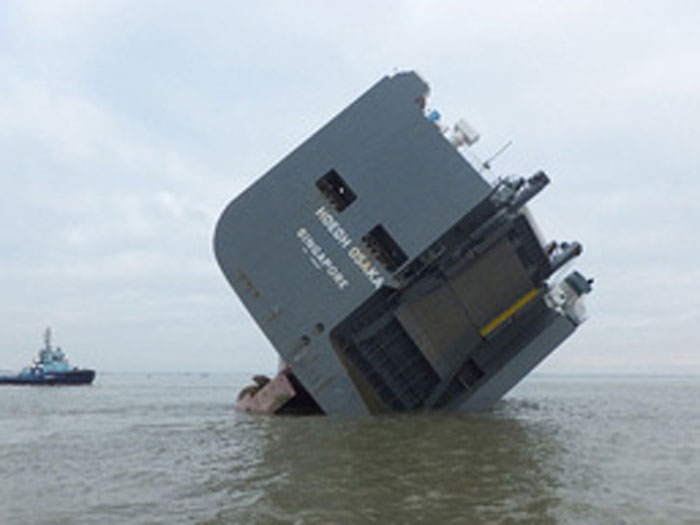 JANUARY 7, 2015 — The U.K. Maritime and Coastguard Agency (MCA)  issued a statement this morning confirming that grounded car carrier Höegh Osaka will not be refloated off the Bramble Bank in the Solent today. The salvors are continuing the assessments of the vessel and analysis in order to prepare for a safe and successful salvage operation.

Owner Höegh Autoliners says that the onboard inspections made by the salvors are performed to gather information for the salvage plan.

The report from the inspections shows that most cargo is still in position as originally stowed and is held in place by the lashings. However, says Höegh Autoliners, all decks have not so far been accessed. There are no specific reports as to the condition of the cargo.

There has been some water ingress resulting from a small crack in the hull which is reported to have been caused by one cargo item that has shifted. This crack has now been temporarily repaired.

“The focus is now for the salvors to collect the relevant information to prepare for a safe salvage operation with minimal disruption to the port and the environment,” says the company.