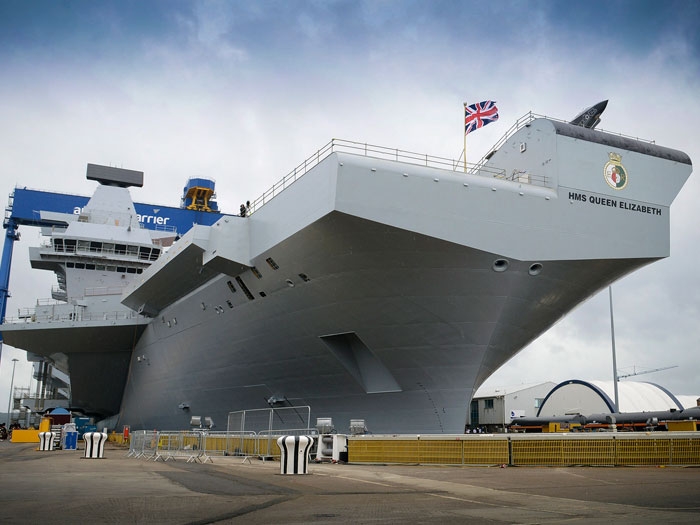 AUGUST 22, 2014 — After a two-year test program, Monitor Coatings Ltd. has been awarded a contract to provide a nonskid, thermal gas wash resistant deck coating for the two largest ships ever built for the U.K. Royal Navy, the aircraft carriers HMS Queen Elizabeth and HMS Prince of Wales.

The lead ship, HMS Queen Elizabeth, is scheduled to commission in early 2017, with initial operational capability from 2020 and has a 19 500 sq.m flight deck.

In May 2012, Monitor Coatings Ltd was contracted to investigate and deliver a suitable deck coating that would withstand the aerothermal environment and gas wash exhaust when the F35B STOL variants of the Joint Strike Fighter that will operate from the carrier conduct a hover transition and vertical landing.

Monitor Coatings contract included the development of techniques required for large scale preparation and application of a Thermal Metal Spray System (TMS) over an area in excess of 19,500 sq.m, the development of process-technology readiness and manufacturing capability levels acceptable for large scale application and long term support for the decks of the two carriers.

The scope of work culminated in a two day demonstration of the process application, quality system and in-service repair program of the Monitor Coatings Thermal Metal Spray System. The demonstration day was well received by senior naval officers and civilians from the marine engineering community.

Monitor Coatings Ltd is owned by Castolin Eutectic and has facilities in the U.K., Singapore and China.