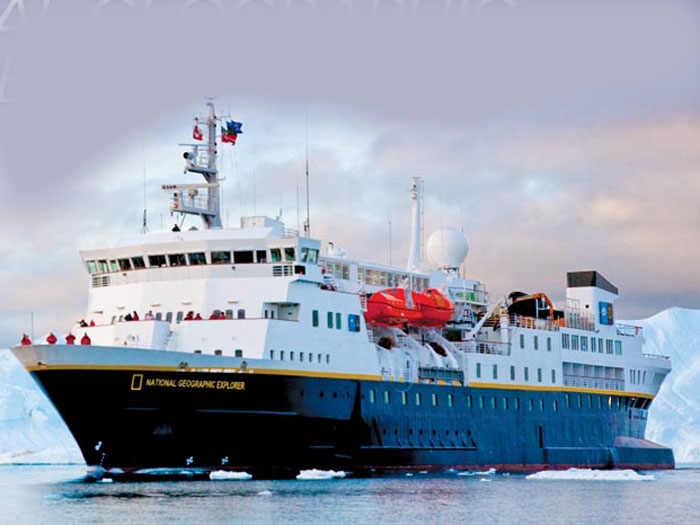 MARCH 17, 2015 — Lindblad Expeditions, which has a longstanding expedition cruise partnership with National Geographic, will likely soon be shopping for new ships. It has reached a $439 million merger agreement with Capitol Acquisition Corp. II (NASDAQ: CLAC), a public investment vehicle formed for the purpose of effecting a merger, acquisition or similar business combination.

Most of Lindblad’s current fleet of eight expedition ships carry 100 or fewer guests. Its largest, the National Geographic Explorer, which it bills as “the world’s ultimate expedition ship,” carries 148.

After the merger, the combined company intends to be listed on the NASDAQ Stock Market and be renamed Lindblad Expeditions Holdings, Inc. It will continue to be led by Lindblad President and Founder Sven-Olof Lindblad and the current Lindblad management team.

“We are excited to partner with Capitol Acquisition Corp. II in a transaction that will position Lindblad to move into a new phase in our history and pursue future growth opportunities as a public company,” said Sven-Olof Lindblad. “The additional resources and strong balance sheet will allow us to meet increasing guest demand by expanding our fleet with new vessels and opportunistically seeking accretive strategic acquisitions.”

“We created Capitol with the express purpose of investing in a company that will generate superior long-term returns for shareholders,” said Mark Ein, Chairman and Chief Executive Officer of Capitol. “Expedition travel is among the fastest growing segments in the travel industry. With its well-established brand, long-term National Geographic partnership, deep management experience and strong consumer franchise in this sector, Lindblad is exactly the kind of investment opportunity that we were looking for. The company has significant excess demand for its voyages and we believe our merger will provide substantial new resources to position the company for accelerated future growth.”

“We are thrilled to extend our important partnership with Lindblad Expeditions and support this transaction that will enable Lindblad and our joint offerings to significantly grow in the future. The relationship is based on shared core values which go to the core of National Geographic’s mission to promote the power of exploration, science and storytelling to change the world,” said Gary E. Knell, President and CEO, National Geographic Society.

Under the terms of the proposed business combination, Capitol will become the owner of all of the equity of Lindblad and will be renamed Lindblad Expeditions Holdings, Inc. The current stockholders of Capitol and the current owners of Lindblad will hold approximately 50% and 49%, respectively, of the issued and outstanding shares of the combined company’s common stock including in-the-money options. The Lindblad Expeditions-National Geographic Joint Fund for Exploration and Conservation owning approximately 1%.

Among the Lindblad current owners, President and Founder Sven-Olof Lindblad will hold approximately 29% of the issued and outstanding shares of the combined company’s common stock including in-the-money options.

The current owners of Lindblad also will receive $90 million in cash at closing.

In connection with the transaction, the founders of Capitol will make a charitable contribution of 500,000 shares of Capitol common stock to the Lindblad Expeditions-National Geographic Joint Fund for Exploration and Conservation. Prior to this donation, the fund had raised nearly $10 million in collaboration with Lindblad’s guests since 1997 to support local conservation and environmental stewardship efforts in the regions where Lindblad travels.

The boards of directors of both Capitol and Lindblad have unanimously approved the proposed transaction. Completion of the transaction, which is expected in May 2015, is subject to approval by Capitol stockholders and other customary closing conditions.