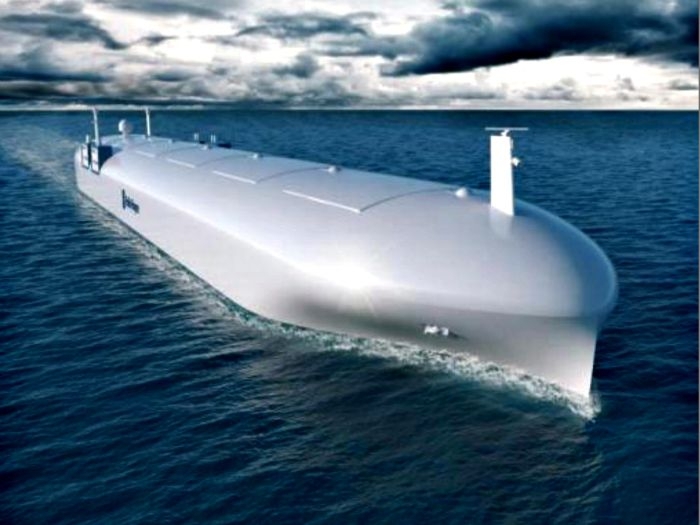 Concept design of an unmanned ship from Rolls-Royce

With continuing developments in autonomous and remote systems LR belives that, in the near future, UMS will enter into widespread use through many sectors of the maritime industry.

The LR Unmanned Marine Systems Code provides an assurance process in order to certify the safe design, build and maintenance of UMS against an established framework that minimizes the effort required by an owner or operator to achieve certification and which is acceptable to Flag States, local regulators and other parties.

While initially targeted at small non-convention sized UMS, including naval systems, the code scalable and is capable of application to larger, more complex vessels as technology and regulation develops.

The code has been written to support innovation by establishing requirements for which compliance can be demonstrated using a tailored combination of standards, or where standards do not exist, the application of risk-based assessment techniques. LR then applies verification methods according to the solution selected. The benefits of using the goal-based structure is that it defines an ultimate safety objective whilst allowing for the consideration of alternative designs and solutions that meet the safety objective; thereby supporting innovation in an area that is developing rapidly.

The code has been developed against a hazard analysis of UMS design and operation and benchmarked against existing commercial and naval regulatory requirements, including SOLAS and the Naval Ship Code, using LR’s depth of experience in these sectors and in the development of goal-based standards. It has been validated against several existing UMS designs.

Tim Kent, LR’s Marine & Offshore Technical Director, said: “The code provides a unique and valuable method of providing an assurance process for the safe design of unmanned marine systems in what is a rapidly developing area of the industry. It allows for the certification of novel and emerging technologies against a structured framework and is scalable according to the risk profile and autonomy of the systems, from the very small or simple to the very large or complex. It complements our existing work on cyber-enabled ships and is also intended to support any future regulatory development by the IMO or national bodies.”