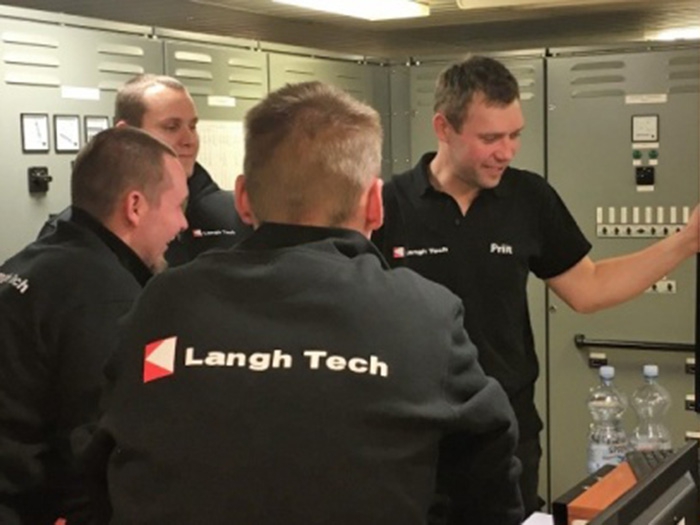 The company has been working in close cooperation with MAN Diesel & Turbo to develop a water treatment system to be used for cleaning the process water of Exhaust Gas Recirculation (EGR) systems.

EGR is a method of reducing NOx emissions to meet Tier III requirements. In the EGR process, approximately one third of the exhaust gas is recycled back into the engine, first removing the particles from the redirected gases with a small scrubber. The process water from exhaust gas washing is continuously cleaned during EGR operation and this is where Langh Tech’s water treatment technology is applied. Langh Tech water treatment is based on membrane filtration, keeping operational costs low and producing waste that consists only of small amounts of compact dry sludge.

The first test runs of the system were performed in December 2015 at the MAN Diesel & Turbo testing facility in Copenhagen, using a small-scale prototype built into a container.

The results were good, leading to continued and deepened cooperation between the companies. The process has been fine-tuned over time, and now MAN Diesel & Turbo has given approval for the Langh Tech water treatment system to be used in combination with it EGR process. The approval process includes a long-term testing period in cooperation with MAN Diesel & Turbo.