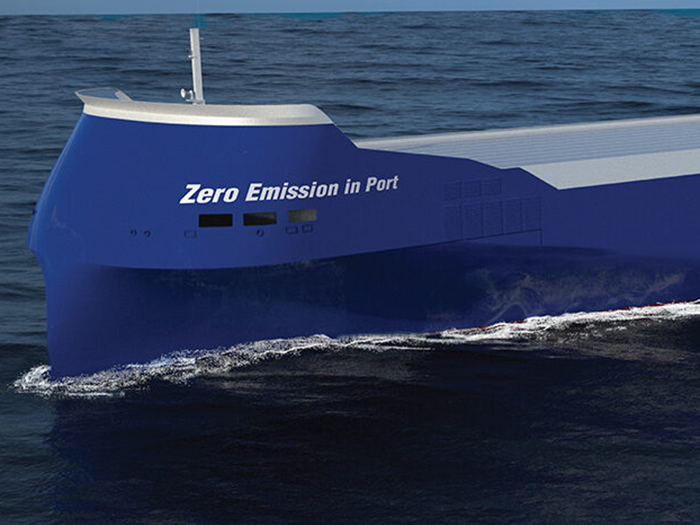 Ships will emit zero emissions in port, drawing power from lithium ion batteries charged by shaft generators when at sea

The ships are based on the same hull as the Grimaldi Green Fifth Generation ships and, like them, vessels will use electricity in port, courtesy of large lithium batteries, thus guaranteeing zero emissions while at berth. These batteries will be recharged during navigation, through shaft generators employing a peak shaving system. Additionally, an innovative air lubrication system will be installed to reduce hull resistance using a thin layer of bubbles below the keel.

The vessels have been customized to the needs of Finnlines with regards to heavy cargo and operation in cold climates. The customization has been developed in close cooperation between Finnlines and Knud E. Hansen.

When Finnlines announced the shipbuilding order for the trio just under a year ago, it said that they represented an investment of over EUR 200 million (about $223 million).

The vessels, which are expected to be delivered from 2021, will have a length of 238 meters, a beam of 34 meters and are designed to meet the highest Finnish/Swedish ice class, 1A Super. The design is aimed to be flexible for all types of RO/RO cargo with a capacity of 5,800 lane meters and more than 5,000 square meters of vehicle decks.