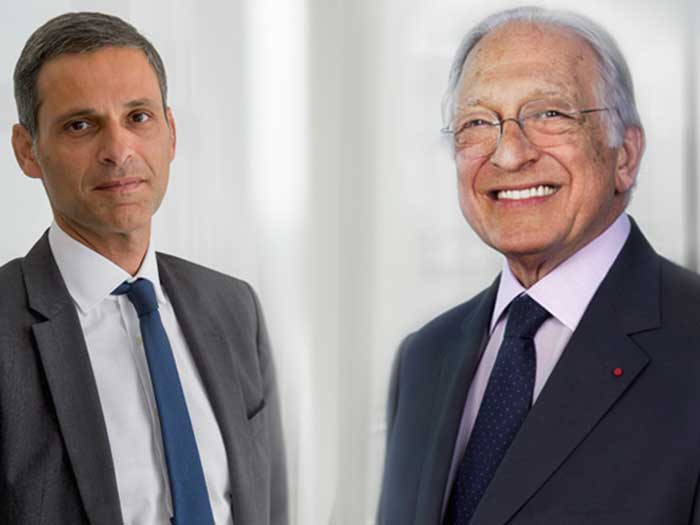 FEBRUARY 8, 2017 — On his 80th birthday, Jacques Saadé has announced the appointment of his son Rodolphe Saadé as Chief Executive Officer of the CMA CGM Group. Jacques Saadé remains Chairman of the Board of Directors.

Today, Marseilles, France, headquartered CMA CGM is the world’s third largest containership operator, with a fleet of 454 ships (109 owned and 345 chartered) with a total capacity of 2.1 million TEU fleet, according to Alphaliner statistics.

It all got started when, having left Lebanon to protect his family from civil war, Jacques Saadé moved to Marseilles where he set up the Compagnie Maritime d’Affrètement (CMA) on September, 13, 1978, with one shipping line linking Marseilles, Livorno (Italy), Lattakia (Syria) and Beirut (Lebanon).

With only one vessel and one line, CMA was born. The company experienced incredible growth, based on Jacques Saadé’s faith in the development of worldwide trade and the crucial role of the container in the global shipping industry. The rest is shipping history.

Today, Jacques Saadé stated: “Rodolphe has proven himself over the years, and he has my deepest trust as Chief Executive Officer of the Group. I know that, with Rodolphe as CEO, with Farid Salem and Tanya Saadé Zeenny, our Executive Officers, and all our teams around the world, the Group will continue its development with the same commitment and passion”.

Rodolphe Saadé was previously Executive Officer. After he founded a company selling water coolers in Middle East, he joined the Group in 1994 in the U.S. He then worked in Hong Kong before coming back to Marseilles to head a shipping line linking Northern China to Japan.

In 2008, when a cruise yacht owned by Le Ponant, a CMA CGM subsidiary at that time, was hijacked, he was the one who led negotiations with the pirates, which ended with their release.

In 2009, he took over responsibility of the Group’s financial restructuring. In 2015 and 2016, he successfully led the voluntary general cash offer for Neptune Orient Lines (NOL), a Singapore based container shipping company.

In April of last year, he conducted the talks leading to the signature of the largest operational agreement of the sector with three Asian competitors.