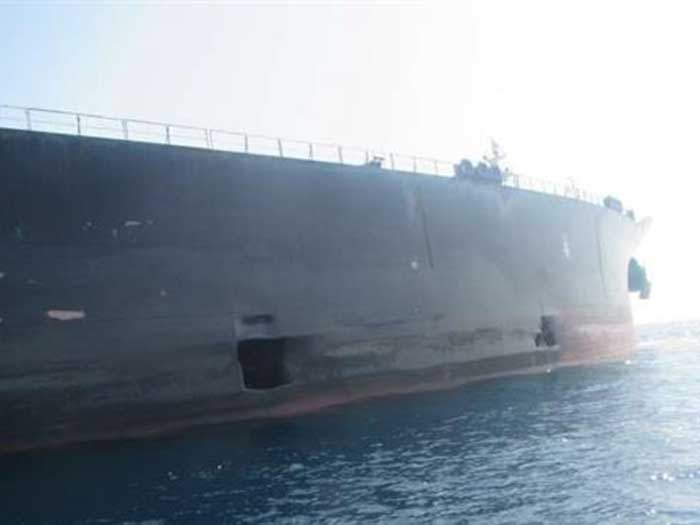 Iranian state controlled media have released new pictures of the damage sustained by the 16,000 dwt National Iranian Tanker Company vessel Sabiti, which was reportedly hit by two separate explosions about 60 miles (96 km) from the Saudi port city of Jeddah on Friday.

No crew members were harmed in the attack, which Iranian sources initially described as involving two missiles. The blasts caused an oil spill that was stopped shortly afterwards and the Sabit is now en route back to Iran.

Iranian media cite the Port and Maritime Organization of Iran (PMO) as saying Saudi authorities had refused to provide help to Sabiti after it came under attacks by two missiles fired from an unknown location.

U.K. based consultancy Dryad Global says that “as a result of this incident, it is increasingly clear that there has been a corresponding increase in risk within the region, specifically within the Red Sea, and that this incident, regardless of credibility or authenticity, represents a significant departure from what has been witnessed to date.”

Dryad assesses that the risk to all Saudi flagged vessels within the Red Sea and off the coast of Yemen, and additionally within the Gulf of Oman and the Persian Gulf is high. The risk to wider, non-Saudi flag vessels, which are transiting the Southern Red Sea, specifically the Yemen coast and in vicinity of the Hanish Islands, is assessed as moderate. These assessments are made on the basis of the underlying risk presented by Iranian attempts to legitimize counter action against what it perceives to be its adversaries within the region and the increased likelihood that Iran will once again seek to use its proxies in Yemen to target Saudi vessels in this area.

Dryad says that while the released imagery of the Sabiti shows that the starboard side has been damaged, “there remains considerable dubiety regarding claims made by Iranian state media that it was caused by missiles launched from the Eastern coast of the Red Sea.”