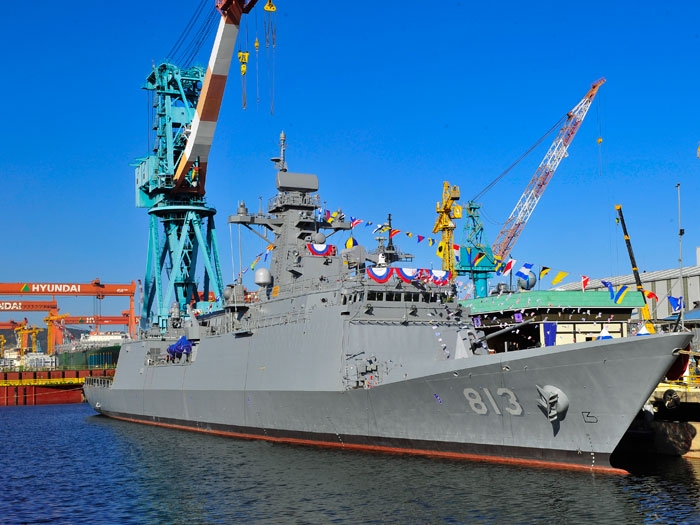 The vessel uses stealth technology to minimize the exposure to electromagnetic waves. More than 90% of major equipment is locally developed and sourced.

The shipbuilder delivered its third frigate ROKS Incheon in January this year, while its fourth, ROKS Gyeonggi, scheduled to be delivered in October 2014.