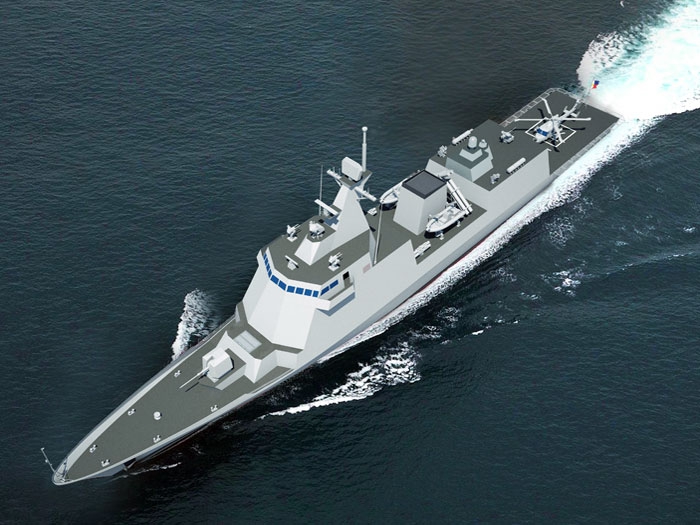 OCTOBER 24, 2016—Korean shipbuilder Hyundai Heavy Industries (HHI) has signed a contract to build two 2,600 ton frigates with the Department of National Defense, Republic of the Philippines.

The frigates will be designed to be a smaller light combatant and successor to the Incheon class frigate which is now in active service for ROKN tailored to the requirement of the Philippine Navy with applying optimized range of good marine standard under naval rule from classification society Lloyd’s Register.

The 107 m frigates to be propelled with CODAD (Combined Diesel and Diesel) propulsion system with maximum speed of 25 knots can cover a 4,500 nautical miles range at cruising speed of 15 knots. The naval vessels will inherit the enhanced survivability, seakeeping, and maneuvering capability of her mother ship operable up to Sea State 5.

The frigates heavily armed with missiles, torpedo, guns and sensors controlled by the latest combat management system are capable of conducting Anti-Air Warfare, Anti-Surface Warfare, Anti-Submarine Warfare and Electronic Warfare. The frigates are scheduled to be handed starting from 2020.

Since the delivery of the first Korean-built frigate ROKS Ulsan in 1980, HHI has played a pivotal role in the modernization of ROK Navy designing major warships. And evidently it now expands its service to worldwide navies with advanced, affordable warships.