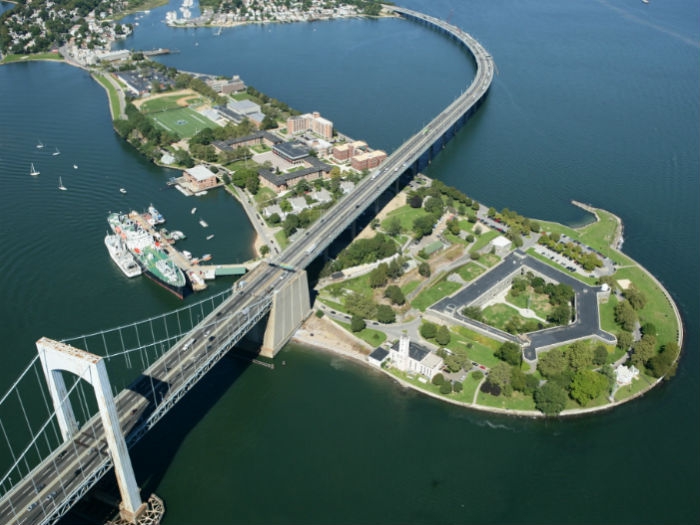 AUGUST 3, 2017—SUNY Maritime College, Throggs Neck, NY, has been educating and training mariners for nearly 150 years. Its records tell a story that is distinctly different from most institutions of higher education.

The state Archives’ New York State Documenting Heritage Program has recognized the value of those records with an $11,500 grant to the college’s Stephen B. Luce Library to help make the college’s early history more accessible.

“Our institutional archives house an extensive amount of detail about the training of merchant marines and their impact on American history,” said library director Kristin Hart.

The grant will be used to create finding aids, which are essentially public indexes of materials, for records about students and schoolships from the college’s founding in 1874 through the 1940s. Only records of students who have passed away will be made accessible.

For generations, Maritime College has been preparing sea officers to lead the American merchant fleet. During World War II, more than 9,000 merchant mariners were killed in action, yet the role they played remains relatively unknown to the general public. The college’s records tell a piece of this history, documenting the training and education of these mariners and how they worked.

The one-year grant will pay for these records to be properly preserved, arranged and described to make them easier for scholars, genealogists, alumni and others to use.

“The college’s staff, faculty, students and alumni are proud of our history,” said Annie Tummino, college archivist. “These records quite literally represent the blood, sweat and tears of all who participated in the school’s development from a scrappy schoolship to a state college acclaimed for its distinctive hands-on approach to education.”