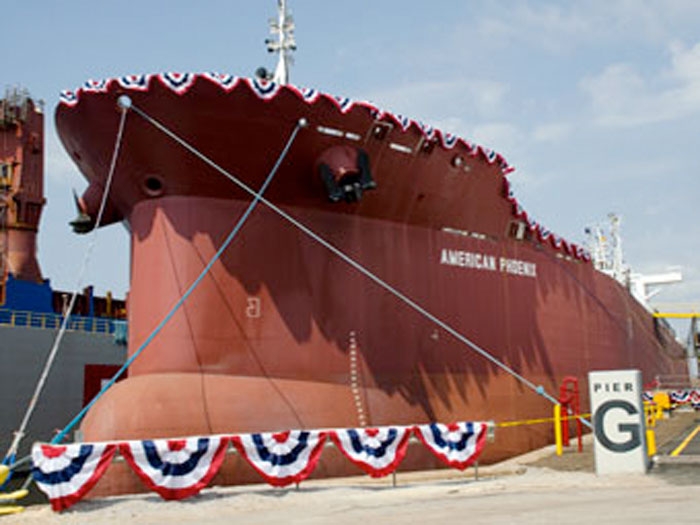 The American Phoenix, completed in 2012, by BAE Systems Southeast Shipyards in Mobile, AL, has an interesting construction history (see earlier story). It was originally planned to be built under a “virtual shipyard” concept, with several Gulf Coast yards constructing large modules. Things didn’t go as planned and the uncompleted hull was bought at a bankruptcy auction by MOTC, a joint venture of privately held Mid Ocean Marine and private equity firm Alterna Capital Partners.

The ship is a modern, double-hulled, Jones Act qualified tanker with 330,000 barrels of cargo capacity and Genesis says it is operating under long term charters into 2020 with high quality counterparties, including a major integrated oil company.

“We are very pleased to have the opportunity to expand our marine transportation capabilities through the acquisition of the American Phoenix, which complements our existing marine operations,” said Grant Sims, Chief Executive Officer of Genesis. “This asset fits squarely within our focus of providing the logistical capability to get the right barrel to the right location.”