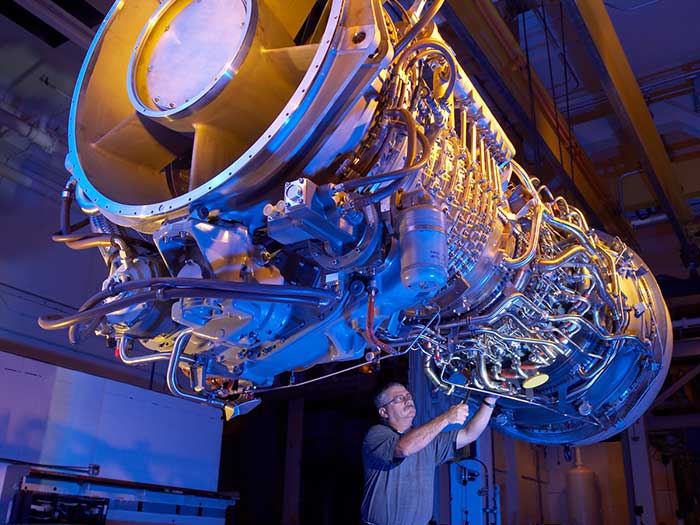 GE scaled the electric start system technology to match the requirements for its popular LM2500, LM2500+ and LM2500+G4 engines.

“Our LM2500+G4 gas turbines – the most power dense marine module in the world – were selected for the Italian Navy’s new Pattugliatori Polivalenti d’Altura or PPA multipurpose offshore patrol ships. This will be the first use of GE’s electric start system for the LM2500-engine family,” said Brien Bolsinger, GE’s Vice President, General Manager, Marine Operations. “Benefits with our electric start system include an 82% decrease in footprint and an 85% reduction in weight compared to a hydraulic start system.”

For the Italian Navy PPA ship, GE is certifying to RINA Naval Rules.